The month of September historically has a reputation for being a bad month for equities. In fact, since 1950 the (DJIA) has an average decline of 0.8% while the has an average decline of 0.5% during September. This is known as the “September Effect” and isn’t necessarily related to any specific news event or trend. With that said, this year is unlike any year we’ve ever experienced in financial markets. Investors should expect the unexpected and continue looking for strong companies to buy until the overall market trend changes.

Even if September does result in poor performance for certain equities, there are still plenty of great buying opportunities to take a look at. We are going to focus on 3 smart stocks buys for September in this article that could pay off for you in a big way over the long-term.

The first stock on our list has been a big winner since bottoming out in March and continues defying expectations. Peloton Interactive (NASDAQ:) is a company that has created a unique and interactive fitness platform and is benefitting from a rapidly growing user base of more than 2.6 million members. I mentioned back in June that Peloton is taking advantage of the fact that major gym chains are not seeing the same type of traffic that they normally do during the pandemic. This has lead fitness enthusiasts to invest in high-end products like Peloton bikes to improve their home gyms.

for the company grew 66% year-over-year in Q3 and it reported a 93% 12-month retention rate for its Connected Fitness subscribers, which tells us that Peloton customers are sticking with the company after joining. With a flurry of recent analyst upgrades and positive market factors working in its favor, investors will be looking to ride Peloton stock higher in September and beyond. The company reports its Q4 earnings on September 10th and its possible the stock runs up before the release.

The next stock that investors should consider adding for September is Abbott Laboratories (NYSE:), a diversified health care products company with a robust product pipeline that made headlines in August for all of the right reasons. The company announced that it has developed a new COVID-19 test which provides test results in just 15 minutes. The test has already received emergency use authorization from the FDA and could be a game-changer in the fight against the global pandemic. People can even use a mobile application to get their results quickly, which means that organizations can view and verify the results digitally to make entry into public places easier and safer for everyone.

These new tests will be available to consumers for only $5 and the company plans to manufacture up to 50 million tests per month by October. That’s an additional $750 million in incremental revenue per quarter for the company. There’s a good chance that Abbott’s COVID-19 test becomes the standard test going forward and the company has already received a $750 million purchase order from the Trump Administration. The company also offers investors a 1.31% dividend yield and has a strong history of free cash flow generation.

The last stock on our list is an American aerospace and defense company that is probably one of the highest-quality defense stocks in the market. is the U.S. government’s largest defense systems manufacturer and should benefit if a rotation out of technology and growth stocks into laggards occurs in September. The company received a $62-billion-dollar contract to produce F-16 fighter jets for purchase by foreign allies in August and it should continue to deliver stable revenue for decades to come thanks to its role in the F-35 program.

America’s military budget was roughly $718.7 billion in 2019, and that number could get even higher in the coming years should international tensions arise. Dividend investors should be attracted to Lockheed Martin as it has increased its dividend for 18 consecutive years and offers a yield of 2.44% at this time. There’s a good chance the company announces a dividend increase in September and the fact that defense stocks hold up well against cyclical changes in the economy makes it a lower-risk option to consider.

Cadence Design Systems Shares up 3% on Q2 Earnings Beat and... 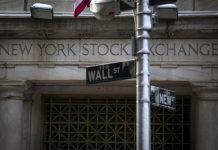 Google Stock Will Continue To Outperform Even After 50% Jump