This week hasn’t had a good start for oil supermajor Exxon (NYSE:), as the world’s most famous equity benchmark, the , removed the oil giant from the meg cap index as part of its reshuffle.

Exxon, along with Pfizer (NYSE:) and Raytheon Technologies (NYSE:) were kicked off the 124-year old equity index Monday, to make way for Honeywell International (NYSE:),  Salesforce.com (NYSE:) and Amgen (NASDAQ:).

The change became inevitable after Apple (NASDAQ:)—which currently represents 12% of the 30-stock index—announced a stock split that reduced the sway of computer and software companies in the price-weighted average.

Below, we analyze the three new members to Dow and their appeal for investors considering buying these stocks.

Honeywell’s diversified technology and manufacturing portfolio provides a lifeline to many industries, including homes and building, aviation, defence and space. The company’s enduring competitive advantage is so large that it’s hard to challenge its dominance on a global scale.

Darius Adamczyk, who is in his third year as the CEO, is trying to transform the 135-year industrial giant into an enterprise with a start-up culture. Since taking over at the helm of the company, he has introduced more software-based products to help clients better manage their supply chains.

Despite the strength of its portfolio, however, Honeywell’s business has been hit hard by the COVID-19 pandemic, which drastically weakened its aerospace unit, its largest revenue generator. Revenue from that unit plunged 28% in the as plane manufacturers cut their output and airlines faced a sudden collapse in travel demand.

“This second quarter was one of the most challenging quarters Honeywell has ever faced. The widespread repercussions of the COVID-19 pandemic and oil-price volatility affected many of our business and end markets.”

Despite this sudden shock and loss of business, Honeywell was still able to record quarterly net income of $1.08 billion, helped by its medical supplies, including N-95 masks and other products.

Honeywell’s shares, which closed yesterday at $164.53, after rising 3.24% on the day, offer a good value in this tough economic environment. 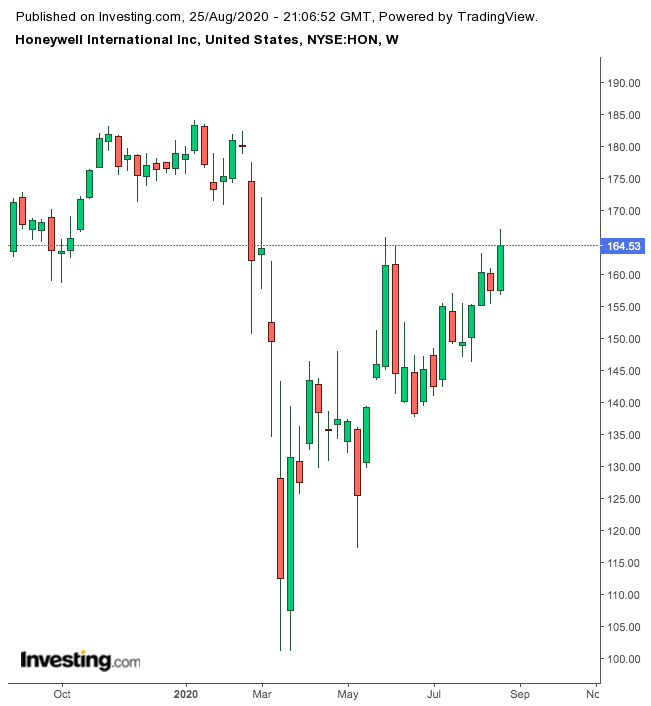 Some investors would see buying this name as a risky bet, especially with the industrial economy facing so much trouble, but we still see value in this trade, and advise investors to take a long-term position. It’s hard to find an industrial stock that is as well-prepared as HON to perform in the fast-changing economy.

Salesfore.com, which sells software and cloud-based services to corporate clients, has expanded massively in recent years after a spree of acquisitions––part of its plan to diversify its revenue base and power further growth.

The San Francisco-based customer relationship management firm last year acquired software maker Tableau Software for $15.3 billion, its largest transaction to date. The deal was part of its move to expand into the business intelligence market.

The company’s latest shows that these bets have begun to pay off. Salesforce has been profitable for 10 of the 12 most recent quarters, and acquisitions have helped the company become less reliant on its premier Sales Cloud product.

Founded in 1999, Salesforce was one of the best-performing stocks of the bull market following the global financial crisis, rising 27-fold since March 2009. 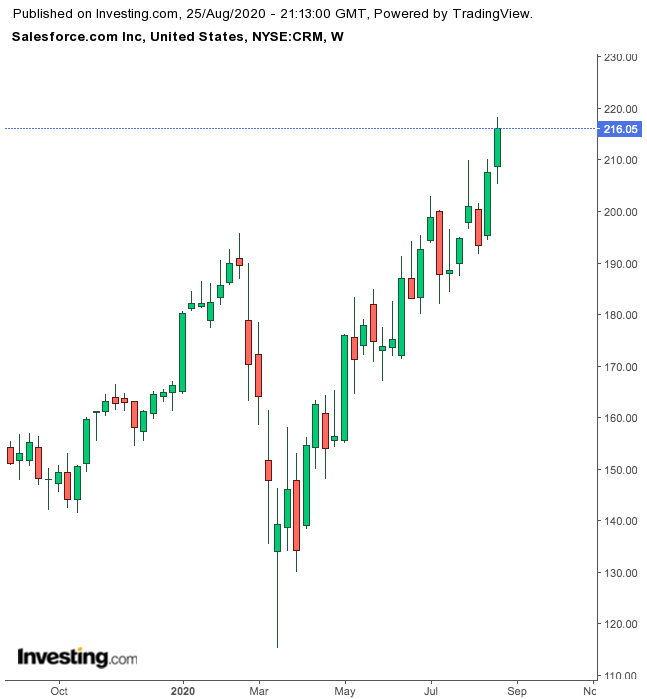 Investors and analysts are excited about the Salesforce growth prospects even after the surprise departure of co-chief executive officer Keith Block early this year, making Marc Benioff the sole CEO once again.

Salesforce has a great track record of delivering consistently higher growth over the past decade. Despite a trimmed sales forecast for the current fiscal year, Wall Street remains confident in its growth going forward, especially after its latest acquisitions that provide the company with a broader presence in a number of key markets.

With a market value of about $145 billion, Amgen is among the world’s biggest biotechnology companies.

The key drug for Amgen is Enbrel, or Etanercept, a tumor necrosis factor inhibitor used to treat arthritis. It also makes Prolia, a drug used to maintain bone density that is often prescribed after cancer treatment, and Neulasta, given during chemotherapy to fight side effects.

Sales of the company’s top-selling products, accounting for more than a quarter of its $24 billion in , are sagging as lower-priced competitors enter the market.

Amgen shares have hardly changed in 2020, underperforming the of biotechnology companies. 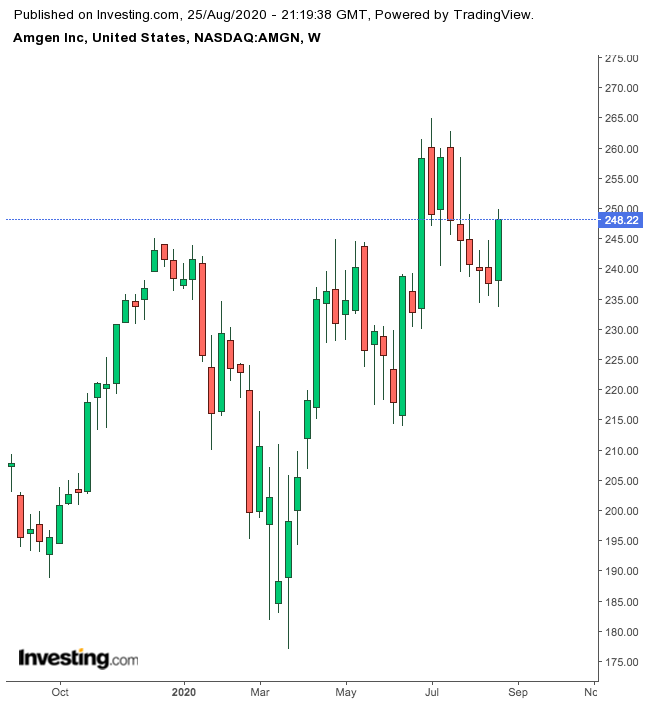 At a valuation of 20 times earnings and 15 times forward earnings, Amgen looks like an attractive value play. The company has a strong portfolio of products and drugs under development that could justify buying its stock.