Home Stock Market The Case for Hotel Stocks By Investing.com 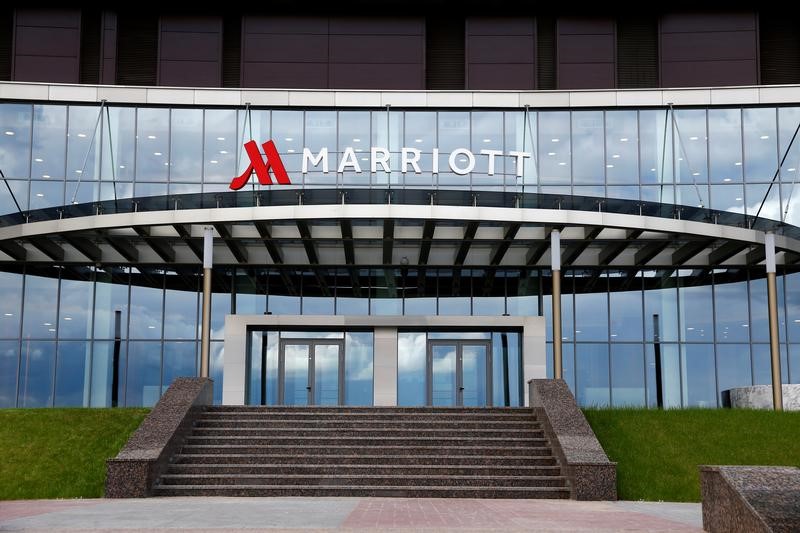 By Peter Nurse and Yasin Ebrahim

Investing.com — Of all the sectors of the U.S. economy that were hit hard when Covid-19 arrived, very few fared as badly as hotels. After all, the pandemic forced thousands of holiday makers and business travelers to cancel bookings and stay at home to contain the spread of the deadly virus.

But the worst may be behind the industry, with opportunities for investors to get in at a low point. Investing.com’s Peter Nurse argues the bull case for hotels, while Yasin Ebrahim explains why the short-term looks painful for the sector. This is .

The Bull Case: Nowhere To Go But Up

There has been a bounce over the last couple of months as travel restrictions and social distancing measures eased. Still, Marriott’s stock is down over 30% year-to-date and Hilton Worldwide Holdings Inc (NYSE:) is 20% lower. This creates an opportunity.

“We expect the industry to enter a new multi-year growth cycle beginning early 2021; the best time to invest in lodging stocks is usually ahead of the start of the cycle and in the early innings of the cycle,” said analysts at Barclays in June, while upgrading both Marriott and Hilton Worldwide to overweight.

The situation has got better since then, but with only small improvements in the stock prices.

Marriott reported in its second-quarter report, released in early August, that its worldwide revenue per available room declined 70% for the month of July, an improvement from the drop of 90% in April. Hilton saw a fall of 81%.

“While we have a long journey in front of us, we are on the road to recovery and look forward to the opportunities ahead,” said Christopher J. Nassetta, president and chief executive officer of Hilton, during the company’s second-quarter earnings release.

Meanwhile, pharmaceutical companies around the world are striving night and day to create a vaccine or therapeutic treatments for the Covid-19 virus, which would enable society to return to something approaching normalcy.

Then there’s the potential for consolidation in the sector.

Over in Europe, a report emerged last week that Accor (PA:) was looking into a tie-up with U.K.-based InterContinental Hotels Group PLC (LON:), a potential deal that would create the world’s largest hotel operator.

Nothing has come from that report yet, but just the thought of it was enough to prompt share price gains for the two companies as investors appreciated the idea of increased market share and potential cost savings through economies of scale.

While cash burn remains an issue, the major operators in the U.S. could well be looking at M&A with valuations beaten down throughout the sector.

“While Covid-19 remains a significant challenge in the near term, the worst for revenue per available room growth looks to be in the past and near-term demand trends in several segments have improved, giving companies a chance to reduce cash burn and emerge in a better-than-feared financial position post-crisis,” added Barclays (LON:).

The Bear Case: The Deadbeat List of Short-Term Investments

Travel. . . Be it for business, or leisure, it’s the heartbeat of the hotel industry. So, it comes as little surprise that the latest findings, in the wake of the pandemic, suggests hotels belong on the deadbeat list of investments over the short-term.

STR, a division of CoStar Group (NASDAQ:) that provides market data on the hotel industry worldwide, projected that U.S. revenue per available room, RevPAR, a key performance measure for the hotel industry, will decline 52.3% for 2020, while ADR and occupancy will slip 20.9% and 39.7%, respectively.

Like many other pandemic-hit industries, a coronavirus vaccine is the silver bullet to return a sense of normalcy, but putting money to work on hopes an effective vaccine will be found sooner rather later, raises eyebrows in the world of investing.

The commentary from key hotel operators in the industry also suggest a wait-and-see approach may be the way to go as the clouds of doom overshadowing the industry are unlikely to depart anytime soon.

Hilton Worldwide estimated earlier this week it would take at least two years for demand to rebound to pre-coronavirus levels.

There are those, however, who would argue that the worst of the pandemic is behind us, likely ushering a faster pace of reopenings globally, which would improve capacity, boosting growth for hotels.

But while new cases in the U.S. appear to be declining, others parts of the developed world is starting to see a resurgence in infections, raising fears that a second wave of the pandemic beckons.

A second wave could see the U.S. take measures to limit international travel, which could hurt growth and more than offset any potential boost in domestic travel.

“Normally, humans are driven by FOMO — the fear of missing out,” says Constance Hunter, chief economist at KPMG. “But with the virus, they’re driven by FOGO — the fear of going out. If we have a second wave, that could undermine confidence to the point that FOGO will rise, and then you’ll see these knock-on effects. The ability to create this firewall around the COVID-impacted economy will start to erode even further.”

There are just too many unknows over the short term, which is never good basis on which to invest – and the smart money like hedge funds are starting to circle.

Hedge funds are building up bearish positions on funds that have outsized exposure to hotel debt on expectations that bankruptcies loom.

In the past month, CMBX 9,  a U.S. credit-derivatives index with outsized exposure to hotel debt, has seen “more selling pressure than any of the other CMBS indices,” said Dan McNamara, a principal at MP Securitized Credit Partners, a hedge fund focused on shorting commercial mortgage bonds. “That’s because some hedge funds are actively looking to play the short side on the Series 9 index due to its significant hotel exposure.”

With the odds stacked in a favor of a second wave rather than a vaccine, a short-term bet on hotels is for those who like to ride the wave of “hopium,” which more often has proved a quick way to lose money.