Here is what the earnings data looks like, compliments of IBES data by Refinitiv.

Only one name of note will report next week and that is Oracle (NYSE:), one of the 1990’s tech giants struggling with the cloud transition. Lululemon Athletica (NASDAQ:) is also scheduled to report after the bell on Tuesday, September 8, 2020.

As readers will note, since July 2 there has been a steady improvement in the sequential and 4-week rate of change for the S&P 500 forward earnings curve.

The above table was started with in March / April of 2020 with COVID-19 so it might become less useful as we move through Q4 ’20. Eventually, this blog will return to the previous format.

This broad look at the S&P 500 earnings data probably won’t reveal much insightful information until we start to get Q3 ’20 earnings around October 19th, 2020. The S&P 500 earnings yield is probably more indicative of understated or too pessimistic forward earnings estimates than higher prices, although the tech sector is distorting everything in the benchmark. The S&P 500 earnings curve shows us that 26x the 2020 SP 500 EPS estimate is pretty salty.

The downtime over the Labor Day weekend will be spent looking at some more specific topics.

Lufthansa expects flight operations to return to normal in 2023 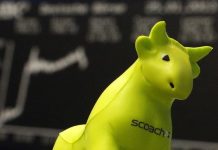