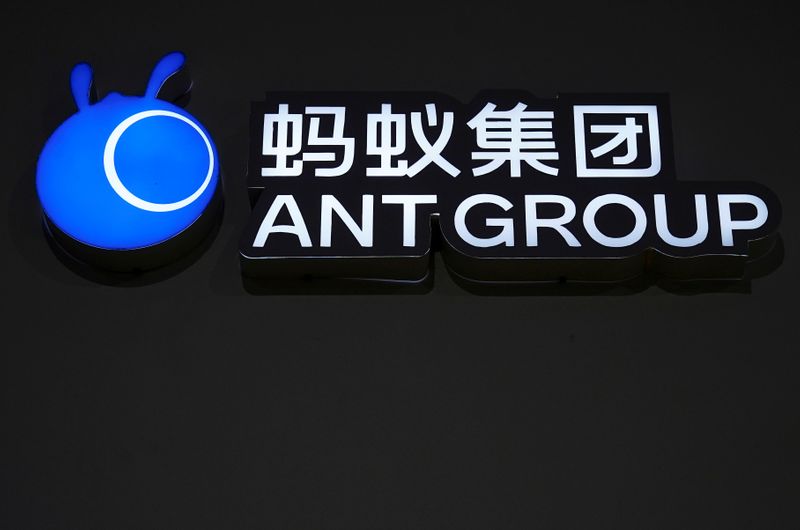 © Reuters. FILE PHOTO: A sign of Ant Group is seen during the World Internet Conference in Wuzhen

By Ross Kerber and John McCrank

BOSTON/NEW YORK (Reuters) -China’s regulatory-imposed revamp of Jack Ma’s Ant Group, transforming the hot fintech into a financial holding company, appears to have dented some investor appetite for any plans to revive what would have been the world’s biggest IPO.

The overhaul comes two days after affiliate Alibaba (NYSE:) Group Holding Ltd, which owns around a one-third stake in Ant, was hit with a record $2.75 billion antitrust penalty as China tightens controls on its internet giants.

Several Hong Kong and U.S.-based investors, and others who watch China’s markets, said the developments seemed to limit the prospects of Ant, lowering its expected profitability and valuation.

“I think there’s still a lot of questions about what a post-restructured Ant looks like,” said Daniel Kern, chief investment officer of TFC Financial Management in Boston, whose firm has about $3 million of Alibaba stock through the funds of other firms.

New York-listed shares in Alibaba rose 9.2% on Monday and Hong Kong shares were up 3% on Tuesday as investors saw the steps as removing a key source of uncertainty for the company and relief they were not more onerous.

Last year, Ant’s valuation was touted at $315 billion for its IPO, which was pulled just before its November listing in Shanghai and Hong Kong.

Even before news of the revamp, sources told Reuters some global investors valued Ant around $200 billion based on its 2020 performance.

Leland Miller, CEO of U.S.-based consultancy China Beige Book, is among those who expects Ant’s IPO plans to be resuscitated at some point, but said he doubted authorities are in a hurry.

One Hong Kong-based investor, whose investment in Ant’s botched 2020 IPO was refunded, expects its listing to be a couple of years away.

Ant declined to comment on its IPO plans and possible changes in valuation.

Huston reduced the firm’s positions in Alibaba last year from 8% of the portfolio to less than 1%.

“We were initially taking that position early on, thinking Ant would eventually IPO,” said Huston. “It is a significantly different opportunity now. There is no hurry to jump into investing in a bank.”

TFC’s Kern said while Ant might have been more profitable under its previous structure in which it helped banks make consumer loans, its role could have also created greater risks for the economy and regulators were correct to step in.

“There is no doubt a significant kind of kneecapping of the value of all of those businesses has occurred,” Carter said, though he added all have good long-term potential.

Not all investors were so cautious.

“However onerous this restructuring might look, ultimately it’s making Ant more investable. Regulatory scrutiny on Ant was a major overhang, and this deal looks like it’s putting that to rest,” he said.

Alibaba was regarded as a tech firm in 2018 when it raised funds from investors including Warburg Pincus and Carlyle Group (NASDAQ:) Inc. Those private equity firms were not immediately available for comment.

Besides the revamp, some investors are also concerned about higher levels of capital Ant would need to hold as a financial company, and its impact on valuation.

“An additional capital requirement will dampen the return on equity and return on asset potential … and this certainty impacts its value,” said Hong Kong-based Sam Lecornu, CEO of Stonehorn Global Partners (NYSE:), which owns Alibaba shares and also invested in Ant’s IPO. “But doesn’t take away the exceptional platform that it is.” 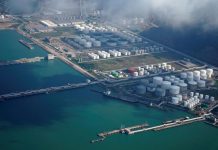