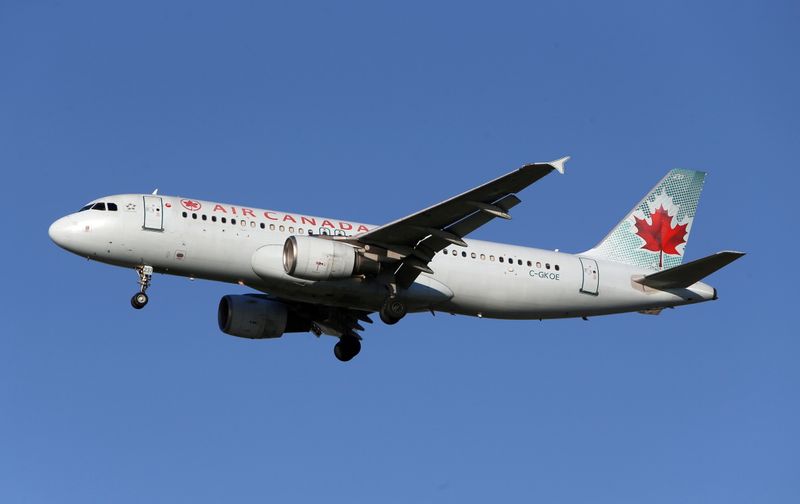 By Allison Lampert and Steve Scherer

The timing of Monday’s deal, which saw the Canadian government take a 6% equity stake in Air Canada, was partly designed to secure “access to air travel when it returns,” as the country’s vaccine rollout ramps up this summer, a source familiar with the discussions said.

But with the spread of new variants threatening to overtake the pace of vaccination, early hopes for a relaxation of Canada’s strict travel requirements ahead of summer are fading.

Fears of a delayed recovery, along with the government deal with Air Canada, has upset the “level playing field” for air service with the airline’s smaller rivals calling on the government for financial support.

“We want everyone to have access to the same programs,” said John McKenna, chief executive of the Air Transport Association of Canada (ATAC), which represents smaller carriers.

On Wednesday, Air Canada joined rival WestJet Airlines in extending a three-month suspension of sun-destination flights to the Caribbean and Mexico originally slated to end on April 30, reflecting the government’s current warnings against international travel. [L1N2M71SG]

The planned April reopening of a bubble in Atlantic Canada, which would allow travel among the region’s four provinces without the need to self-isolate, was postponed this week until at least May 3 over COVID-19 concerns.

Canada’s vaccine roll out has been slow, but it is ramping up now. By the end of June, some 44 million doses are expected, and everyone who wants to be fully inoculated will be by the end of September, Prime Minister Justin Trudeau has promised.

Canada’s Liberal government, which will deliver its first budget in two years next week, has said talks with carriers like Onex Corp-owned WestJet are ongoing.

“We hope that the other agreements come as soon as possible,” the source familiar with the talks said, adding that “different airlines have different needs”.

Canada, with some of the world’s toughest travel rules, has a mandate that its citizens and residents arriving from abroad self-isolate for 14 days.

Health Canada advised Canadians in a statement to avoid traveling outside the country “for the foreseeable future.”

Calgary-based WestJet has asked the government to end an order requiring international arrivals to quarantine for up to three days in a hotel in favor of COVID-19 testing.

The government must decide whether to renew the controversial hotel order, which expires on April 21.

“The government can come up with all the financial help they want,” ATAC’s McKenna said. “But until those things are relaxed we can’t do anything.”