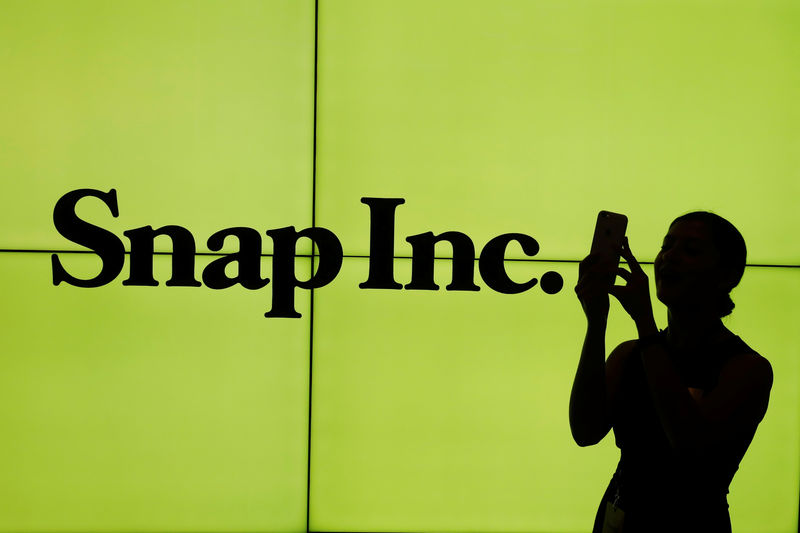 Investing.com – Snap climbed in after-hours trading Tuesday after reporting results that beat analysts’ estimates as a surge in users on the social media company’s platform continued to attract advertising dollars.

The company reported break-even EPS, confounding expectations for a loss of $0.20 cents, while revenue of $769.6 million topped the consensus estimate of $741.78 million.

Daily active users, or DAUs, a key performance metric for social media companies, jumped 22% to 280 million for the quarter year-on-year, topping estimates of 274.5 million, while average revenue per user was $2.74, above consensus of $2.71.

The jump in daily active users was driven by increased participation from Android users who topped iPhone users for the first time ever.

“For the first time, the majority of our DAUs for the quarter were on the Android version of our application,” Snap said.

“We began 2021 by achieving our highest year-over-year revenue and daily active user growth rates in over three years during the quarter, and delivering positive free cash flow for the first time in Snap’s history as a public company,” said Evan Spiegel, CEO.

Netflix: Is There More Downside After Stock’s 37% Post-Earnings Plunge?