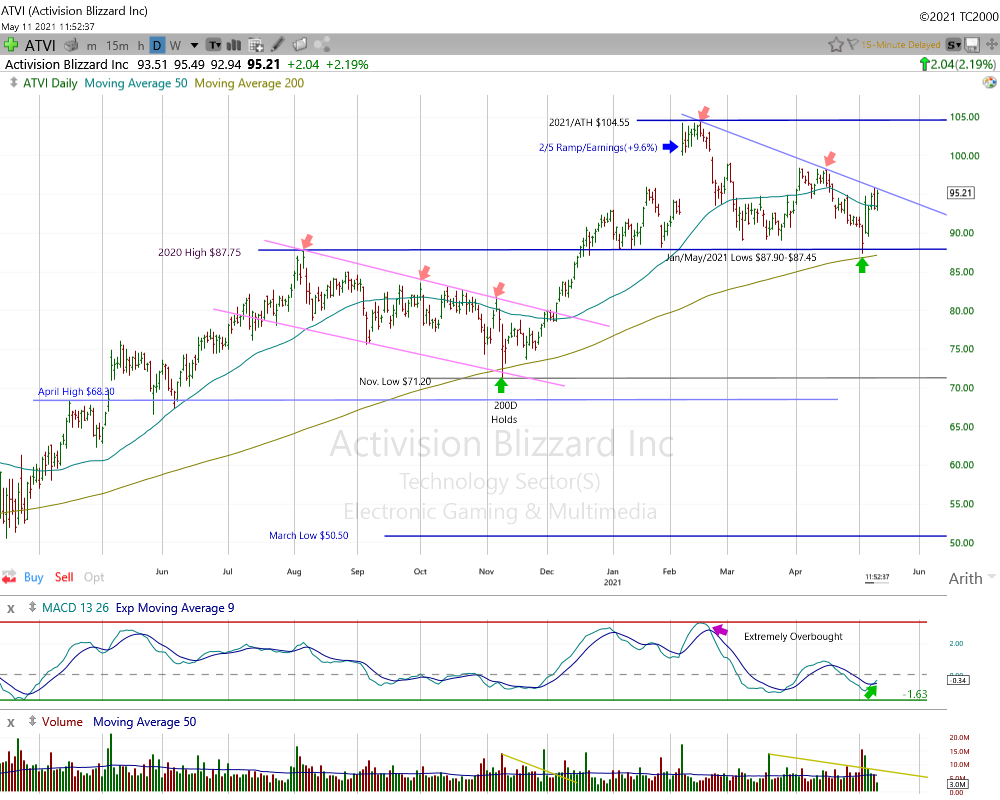 Activision Blizzard Inc (NASDAQ:) has been steadily rising since retesting major support early last week. A solid has also helped the rebound. We believe ATVI is setting up well for a fresh rally leg.

Divergent action: While the (QQQ) was dropping to new May lows this morning, ATVI remained well above last week’s lows.

Back on Feb. 5, ATVI surged just shy of 9% following a standout earnings report. The stock ran out of steam the next week after extending the gain off the March 2020 lows to 108%. ATVI began to consolidate toward the end of February and has remained in the pattern since.

The $88.00 area, which marked the 2020 highs, has provided very solid support this year. The multi-week January lows held this level as well as the May low.

ATVI reached extremely high overbought levels in February. That has been completely worked off while shares have remained within 10% of the 2021 highs.

A close above $96.00 will break a key overhead trendline that links the February-April highs. A clear take out of the $98-$99 area (March-April highs) could spark quite a run. New all-time highs will be well within reach.

On the downside, a close back below $90.00 would indicate a more drawn out consolidation is ahead before ATVI can launch a new up leg.

ATVI was upgraded to ‘outperform’ by BMO Capital today.

Note: We have no position.