The selling we have seen had much in common with that of February’s, and because of that, what we are looking at is the development of trading ranges which will maintain a neutral outlook until there is a breach of March swing lows.

The is perhaps the most vulnerable given prior strength, but it has started to underperform relative to the as momentum moves into bearish territory but is not yet oversold. 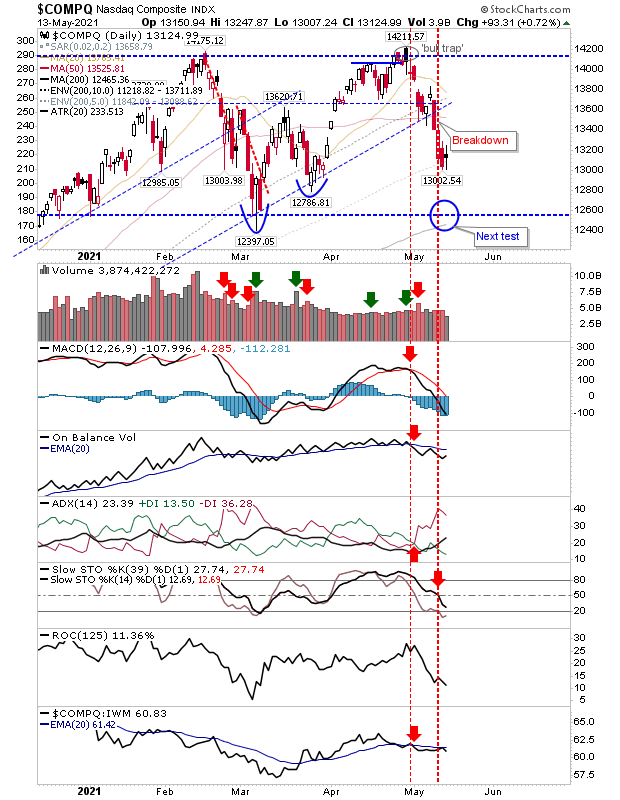 The recovered from its 50-day MA but the break of trendline will take more than one day to resume the prior trend. The index is outperforming the Russell 2000 despite the losses. 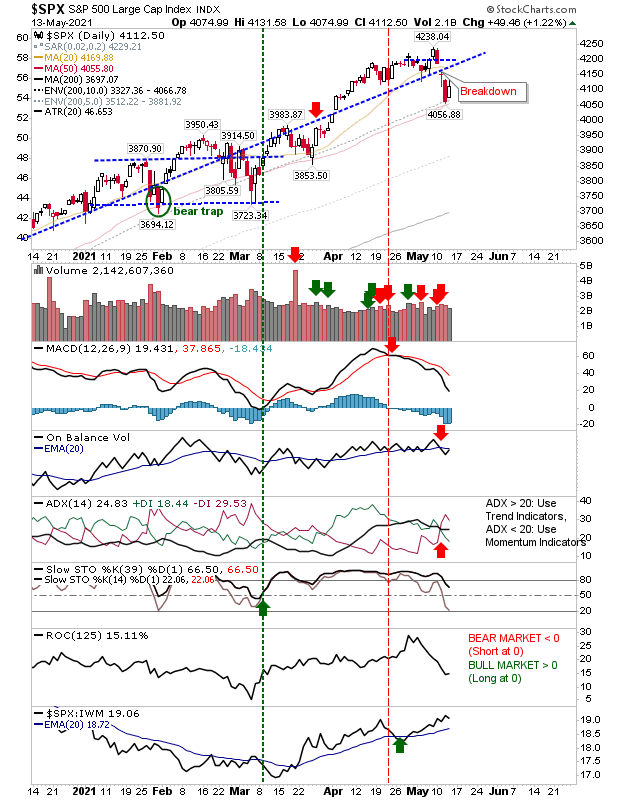 The Russell 2000 has been range bound since February and Thursday’s recovery to Wednesday’s losses occurred within the context of this trading range. Until there is a break from this range there is little to get excited about. 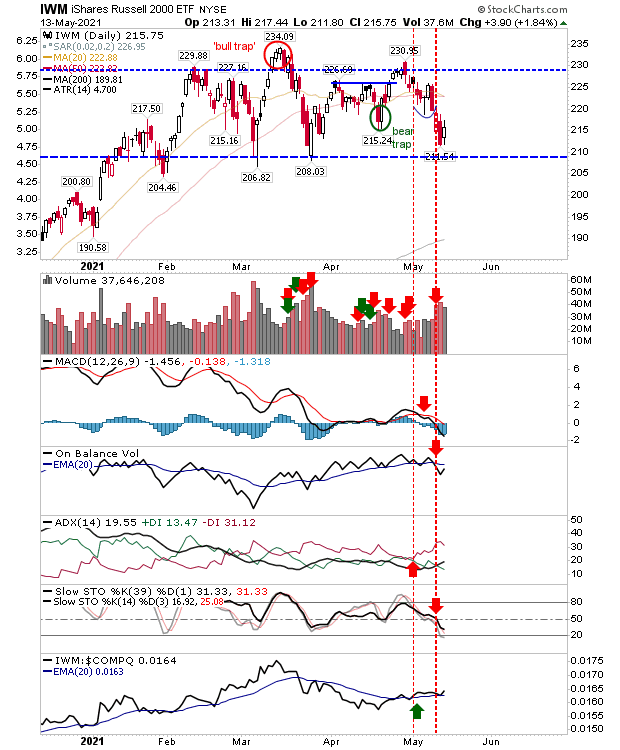 Selling has stolen the headlines, but the NASDAQ and Russell 2000 have been range bound for most of 2021, until this range is broken we won’t know the direction of the trend. 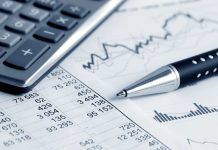