Last week we discussed that after new highs in the and , the has been “stuck in first gear” and that the Fed is stuck between a “rock and a hard place.”

We’re seeing 1970s’ style inflation being ushered in by easy money from Central Banks throughout the world.

Soft commodities got a bit ahead of themselves and were in a process of some mean reversion, but the metals market held up well because of geopolitical stress. Meanwhile, precious metals were strong while cryptocurrencies showed signs of a potential collapse under the same pressure, quite the divergence.

After two down days digesting this news, the “easy” money came roaring back into the market and the Dow, S&P 500 and even the NASDAQ rallied with a surge of buyers thinking the downdraft had ended (not likely). In fact, we issued a sell signal on Friday afternoon on one of our investment models.

May is so uncertain that market pundits and students of history have coined the phrase, “sell in May and go away.” However, the warning now is that you may come back in late October or November and must buy back at higher prices.

In recent years, this sell in May sentiment has waned. A perfect example of this was last year, as May was a strong buying opportunity.

Also, the NASDAQ rallied daily to new heights and you would have been unhappy if you were under invested during May to November.

To put this into perspective, the chart below shows the different 6-month market periods: 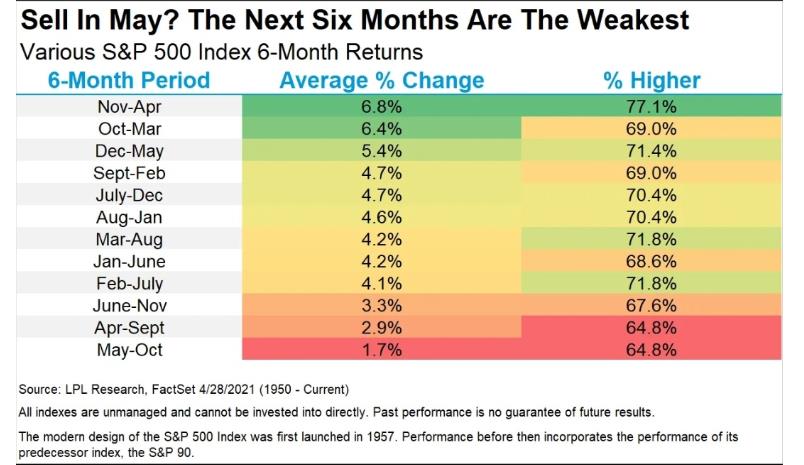 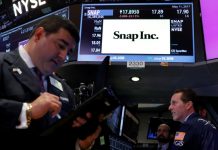