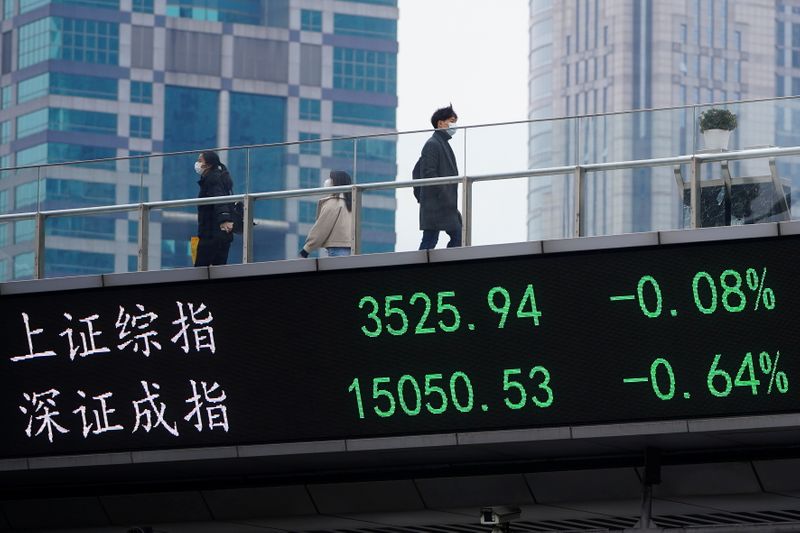 TOKYO (Reuters) – Asian tech and growth stocks rallied on Friday, following Wall Street’s overnight lead, as investors tempered fears about hot inflation and the prospects of an early tapering of stimulus by the Federal Reserve.

Japan’s tech-heavy and Taiwan’s stock index stood out in the region – where equities were broadly mixed – with gains of 0.8% and 1.2% respectively.

Chinese blue chips lost 0.8%, however, weighed by financials and capping broader gains in the region.

Overall, MSCI’s broadest index of Asia-Pacific shares outside Japan added 0.1%, putting it on track for a 1.9% weekly gain. The gauge’s tech components jumped 0.6% over the day.

Futures pointed to a further 0.3% rise for the later in the global day, following a more than 1% rise on Thursday.

European stocks looked set to rally at Friday’s open, with up 0.4% and futures rising 0.2%.

“It’s still a market trying to work out where inflation is going to go, and what that might mean for Fed policy somewhere down the line,” said Kyle Rodda, a market analyst at IG in Melbourne.

The Philadelphia Federal Reserve Bank said its business activity index fell to 31.5 from 50.2 in April, its highest pace in nearly half a century, casting doubt on how fast the economy can continue to heat up.

Other data on Thursday showed the number of Americans filing new claims for unemployment benefits dropped further below 500,000 last week, but jobless rolls swelled in early May, which could temper expectations for an acceleration in employment growth this month.

The yield on benchmark held Thursday’s more than 4 basis-point decline to hover around 1.632% in Asia.

Oil prices recovered slightly after steep drops on Thursday, when diplomats said progress was made toward a deal to lift U.S. sanctions on Iran.

In the foreign exchange market, the dollar was languishing near multi-month lows following its steepest slide in about two weeks on Thursday as bets of early U.S. rate hikes pared back.

The , which measures the greenback against six major peers, was at 89.755, little changed after the previous session’s 0.4% slump. For the week, it has tumbled 0.7%.

In cryptocurrencies, bitcoin traded just below $40,000 on Friday following a wild ride this week that saw it plunge as low as $30,066 on Wednesday for the first time since late January.

Wednesday’s brutal selloff was triggered by worries over tighter regulation in China and unease about the extent of leveraged positions among investors. 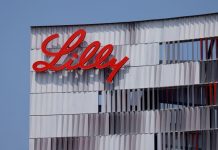