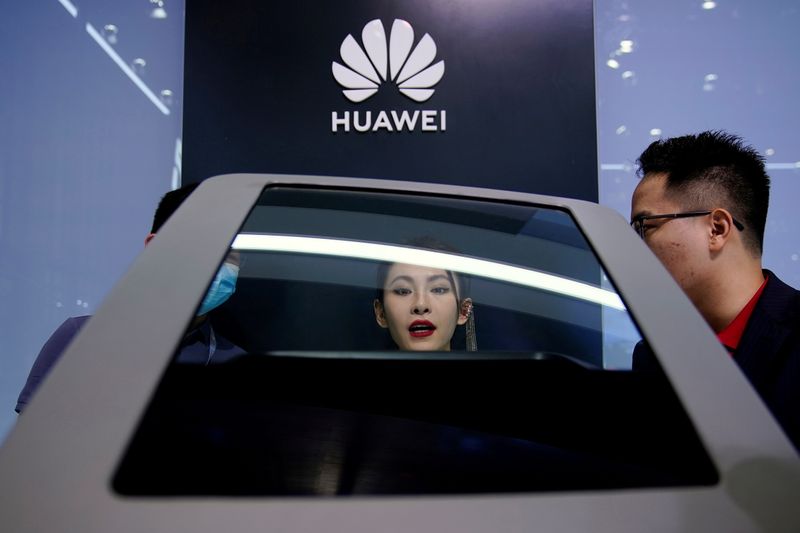 © Reuters. FILE PHOTO: People check a display near a Huawei logo during a media day for the Auto Shanghai show in Shanghai, China April 19, 2021. REUTERS/Aly Song

By Yilei Sun and Julie Zhu

BEIJING/HONG KONG (Reuters) – China’s Huawei Technologies is expanding its smart car partnership with state-owned Chongqing Changan Automobile Co Ltd to include the design and development of auto-use semiconductors, four sources with knowledge of the matter said.

The two companies, which unveiled their smart car tie-up in November, have been working together informally on chips for the last few months, two of the sources said. A third source said they might soon form a joint venture for chip development.

With its global smartphone business hammered by U.S. sanctions, Huawei has pivoted to electric vehicles. In addition to the deal with Changan to develop smart cars under a joint as-yet-unnamed brand, the tech giant is also planning EVs under its own marque.

Huawei’s new chip partnership with Changan would come amidst a global semiconductor shortage that has hit automakers particularly hard.

It would also represent a significant expansion for Huawei’s chip business after U.S. sanctions meant it lost access to the underlying chip design software needed for more advanced chips used in smartphones.

The sources declined to be identified as they were not authorised to speak to media.

Changan did not respond to a request to comment. Huawei said it defers to automakers in public announcements regarding their tie-ups.

Their current smart car partnership calls for Huawei to be in charge of the vehicle’s operating system and cabin technologies while Changan would be in charge of vehicle design and engineering. 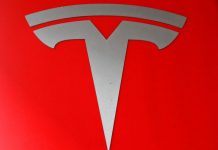