If you are looking to invest in a rapidly-growing industry that perfectly combines technology and entertainment, look no further than video games.

Strong demand during the pandemic helped video game companies achieve new levels of success, and all signs point towards continued growth for these businesses in 2021.

According to Insider Intelligence, there will be approximately 177.7 million monthly gamers in the U.S. this year, which accounts for more than half of the country’s population.

Whether people are playing on a television, computer, or mobile device, it’s clear that there are plenty of outlets for game developers to attract new users and increase engagement for existing players.

Also, when you consider the way that video games provide social interaction virtually, it’s easier to grasp the full potential of this industry. Soon, younger generations might even view video games as one of the primary ways to communicate with one another and spend time with friends.

It’s quite clear that investing in companies at the forefront of video gaming technology and development could be a very rewarding strategy, which is why we’ve put together a list of 3 video game stocks to play now.

When it comes to evaluating video game companies for investment potential, seeking out developers with a strong track record of developing successful franchises is important. That’s the case with Take-Two Interactive Software Inc (NASDAQ:), a developer, publisher, and marketer of entertainment for consumers all over the world.

It’s worth noting that Take-Two should benefit in the coming years as more people pick up the new Xbox Series X and Playstation 5 video game consoles.

Take-Two recently reported strong results for FY 2021 including GAAP net revenue growth of 9% to $3.3 billion and GAAP net income growth of 46% to $588.9 million.

The bottom line here is that this is one of the premier video game stocks to own for the long haul thanks to the company’s ability to develop memorable games that keep enthusiasts coming back time and time again.

I mentioned that was a stock that looked like it could be a future winner a few weeks ago, thanks to the way the company is disrupting the video game industry. While the stock has since broken out of its post-IPO base, investors should still look to add shares of this emerging growth stock on dips given its strong long-term prospects.

The company’s gaming app offers a plethora of 3D-generated worlds where kids can play together and socialize. What’s really interesting about this company’s take on video games is that all of the games on its platform are created by Roblox Corp (NYSE:) users.

There’s also the fact that kids buy and spend a virtual currency called Robux to improve their gaming experience. You might have already seen gift cards for Roblox in major retail stores, and the amount of money that kids are spending on in-game purchases could deliver massive top-line growth for this company in the coming months.

With eye-catching average daily active user growth of 79% year-over-year and the way this company combines video games, cloud platform providers, and social networks into one intriguing business model, it’s one of the best video game stocks to consider buying now.

Finally, we have Activision Blizzard Inc (NASDAQ:), a video game company with some of the most profitable gaming franchises in the world.

As the world’s largest independent developer of video games and related content, the company had its best financial year ever in 2020 as gamers stayed home during the pandemic.

With popular franchises that include Call of Duty, World of Warcraft, Starcraft, and Diablo, the sky is the limit for Activision as it brings these successful games to powerful new game consoles.

The company also has some of the most talented game developers in the industry, which is another quality that should be attractive to investors.

The company also offers a $0.47 per share annual dividend, which is rare for video game stocks.

Finally, investors should be attracted to this company’s exposure to e-sports with its Major League Gaming business, which could be a big growth driver for both the gaming industry and Activision Blizzard over the long term. 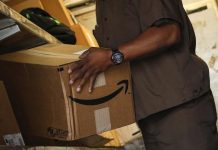