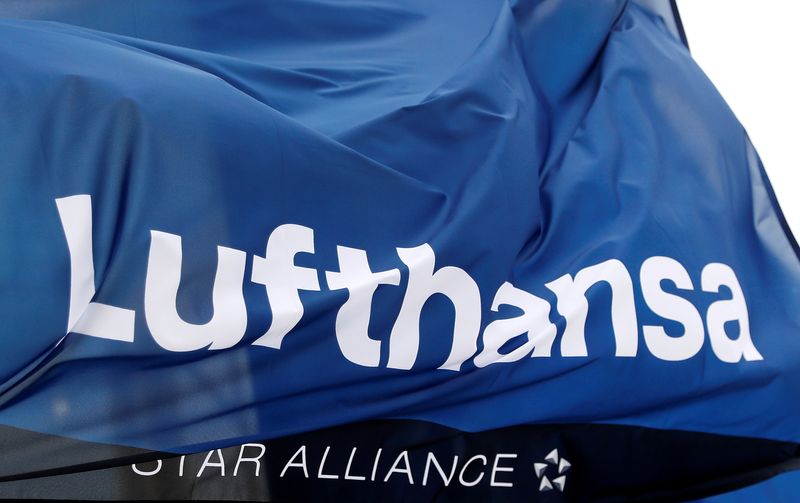 © Reuters. FILE PHOTO: A flag of German air carrier Lufthansa flutters in the wind on the day of the airline’s annual general meeting at the airport in Frankfurt, Germany, May 4, 2021. REUTERS/Kai Pfaffenbach/File Photo

BERLIN (Reuters) – Germany is leaning towards participating in a planned 3 billion euro capital increase at Lufthansa to limit a dilution of its 20% stake in the airline and ensure the refinancing measure is successful, Bloomberg reported on Wednesday.

Reuters last month reported that Lufthansa was working with Deutsche Bank (DE:) and Bank of America (NYSE:) on plans for a capital increase in either the summer or autumn.

Participation from the German government could send a positive signal to markets but could also prompt state aid questions from the European Commission, say people in the sector.

The bulk of a government-backed 9 billion euro bailout for the German carrier, hit hard by the coronavirus crisis, consists of a silent participation of 5.5 billion euros which Lufthansa intends to repay in part with proceeds of the capital increase.

Lufthansa and the finance and economy ministries declined to comment.