It has been a month since I last provided an update on Apple shares (NASDAQ:). Back then, it was trading at around $122-123. Now, it’s trading at $127, a 4% gain in a month. That is not much to write home about, nor much that helps me constructively assess the next most likely move. Besides, while the and the are close to their all-time highs, albeit having been range-bound since February this year, Apple is still down 11.8% from its January all-time high. It is underperforming these two major indexes. Not to mention in comparison to the and , which have set fresh all-time highs almost daily. Thus, all Apple has done so far is hold its 200-day Simple Moving Average (SMA) on three occasions. See Figure 1 below.

As long as it can do that, the bulls have a shot at keeping prices elevated. 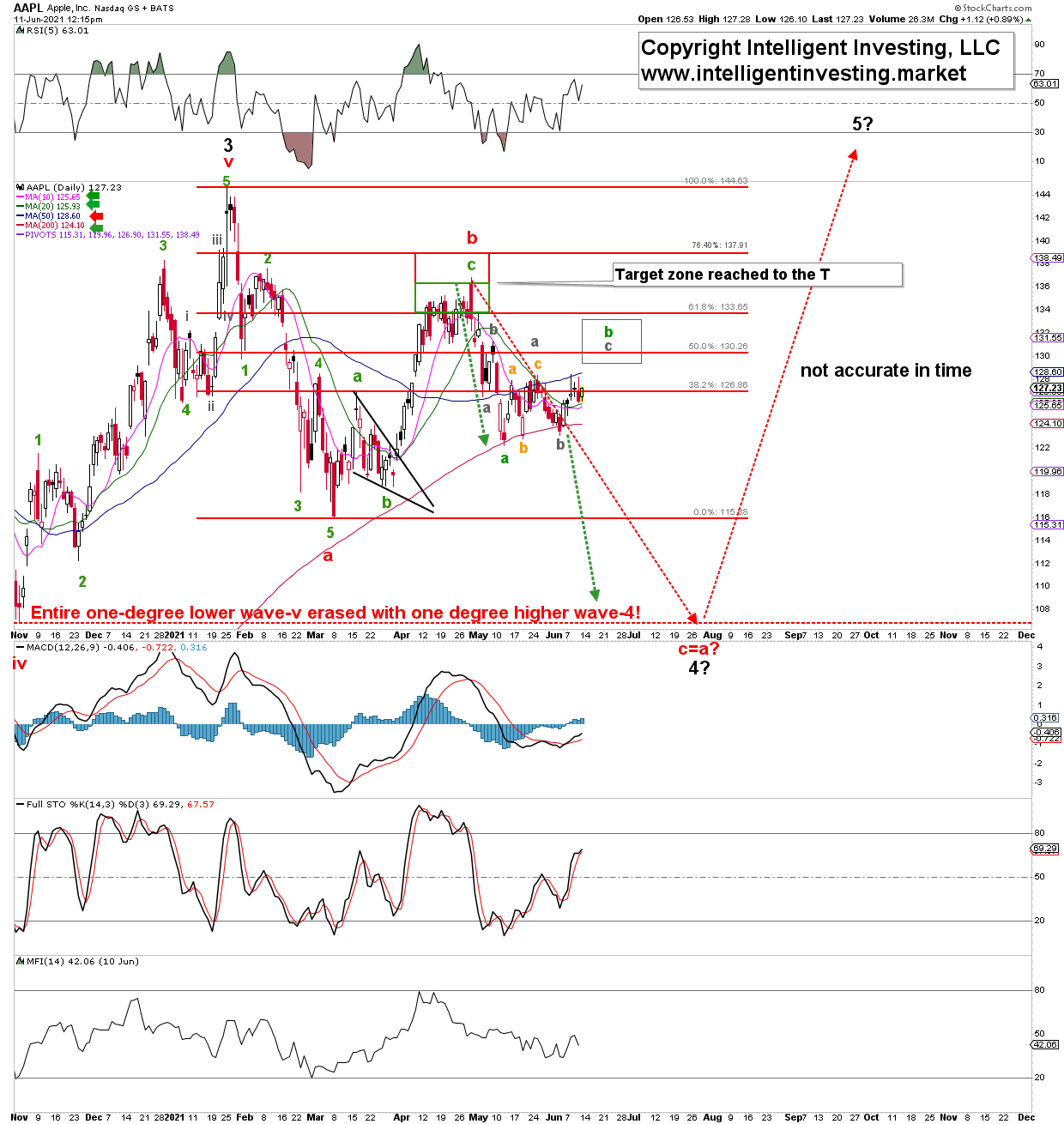 However, Apple is still below its 50-day SMA. As long as it is, the pressure remains down over the intermediate term. The price action since my last update has been somewhat overlapping and, thus, according to the Elliott Wave Principle (EWP), it is most likely corrective. I expect it – at best – to top out in the grey target zone of $132+/-2 before heading lower to the $105-110 area to complete wave-c of c of 4.

Buyers have stepped in three times at the 200-day SMA, and it is logical to assume that a fourth time there will not be any charm, and sellers will likely take over. The green dotted arrows show symmetry breakdown targets in the ideal (black) major wave-4 target zone.

Bottom line: Apple is underperforming the essential major U.S. indexes. That by itself is a sign of weakness. It has only gained 4% over a month, is barely holding on to its 200-day SMA, while having lost its 50-day SMA as support. The price action during the past month has been erratic and, per the EWP, it is, therefore, most likely corrective – i.e., when complete, expect Apple’s share price to move down again. Whereas a rally to around $132+/-2 first cannot be excluded, a loss of the 200-day SMA will then swiftly target the ideal $105-110 target zone, from where I still expect the next multi-month rally to start.