It has been a month since I last provided an update on Tesla’s (NASDAQ:) share price. Back then, it was trading at around $575. Now, it is trading at $610, a 6% gain in a month. That is not much to write home about, nor much that helps me constructively assess the next most likely move. Besides, while the and the are close to their all-time highs, albeit having been range-bound since February this year, Tesla is still down 33% from its January all-time high. Thus, it is underperforming these two major indexes, not to mention in comparison to the and , which have set fresh all-time highs almost daily. Thus, all Tesla has done so far is gyrate around its 200-day simple moving average (SMA) over the last month. See Figure 1 below.

If it can stay above the 200-day SMA, all things are good. But the fact it has been struggling and not seen a “one-touch-and-go” setup is a sign of concern. 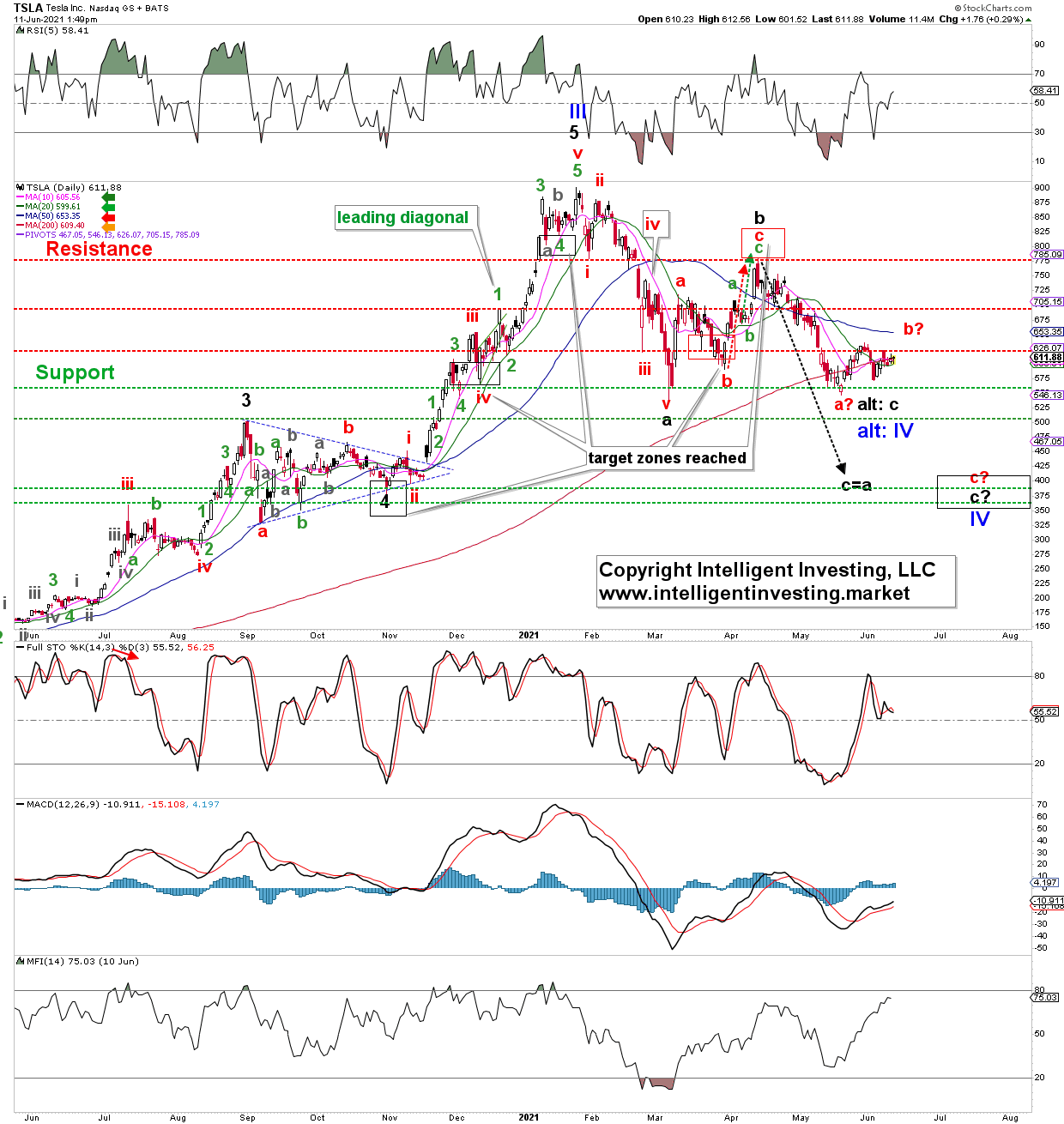 Moreover, since my last update, the EWP suggests the rally is corrective and should fail due to the somewhat overlapping price action since my last update. A daily close below the 200-day SMA and $550 horizontal support can then help usher in the preferred decline to the ideal target zone, as shown in Figure 1.

But the bulls need to crack $625 resistance and rally Tesla back above the 50-day SMA to suggest the alternate EWP count is operable, i.e., blue primary wave-IV completed with a shorter than usual c-wave. Thus, we have explicit “if/then” scenarios ready to deploy when triggered, and we are prepared for either direction the price decides to take. 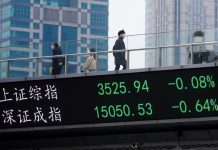 Asian Stocks Down as Worries of an Economic Downturn Remain By...