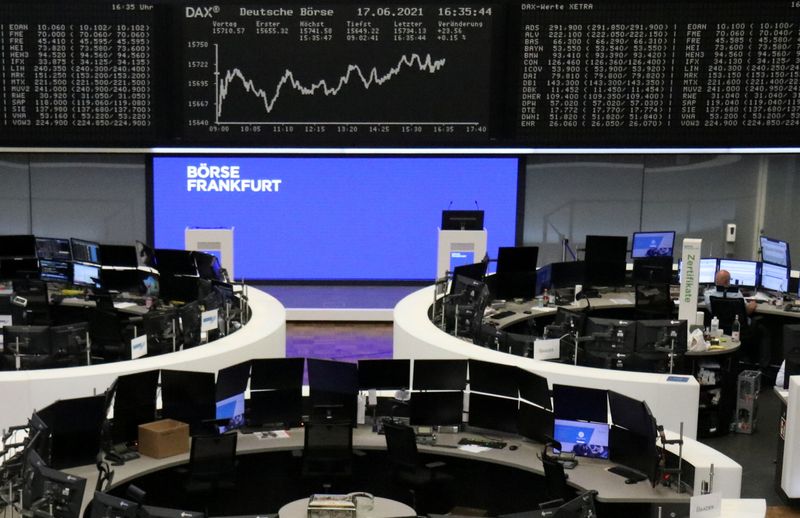 By Sagarika Jaisinghani and Ambar Warrick

(Reuters) -A slide in European bank and energy stocks was exacerbated by hawkish comments from a Federal Reserve official, which also saw the index snap a four-week winning streak as fears of U.S. policy tightening came to the fore.

The pan-European STOXX 600 index ended 1.6% lower in its worst day in five weeks, with bank and energy stocks leading declines. The index also dropped 1.2% this week.

Sentiment was also dented by the European Union losing its bid for speedier COVID-19 vaccination deliveries from UK drugmaker AstraZeneca (NASDAQ:), which could slow the pace of a steady vaccination campaign.

The banking sector, which typically does well when interest rates are high, plunged nearly 3% as concerns over an eventual reduction in liquidity saw investors locking in recent gains.

Fed official James Bullard said the Fed could start tightening rates by as early as late 2022, calling it a natural response to economic growth and inflation moving quicker than expected, as the United States reopens from the COVID-19 pandemic.

His comments came after the Fed signalled a hawkish tilt earlier this week, which had rattled risk-driven markets.

Commodity markets were also hit by the Fed, with European energy stocks falling 2.9% on Friday, in line with lower oil prices. [O/R]

Basic resources stocks were the worst performers this week, down nearly 8% as fears over Chinese caps on prices weighed. The sector had its worst week since the peak of the COVID-19 pandemic in March 2020. [MET/L]

“The market has been polarised in certain positions,” said Andrea Cicione, head of strategy at TS Lombard.

index fell 1.8% as data showed a bigger-than-expected jump in May producer prices.

Bank of Ireland tumbled 7% to the bottom of the STOXX 600, after it announced the sale of some non-performing mortgage exposures.

Danish pharmaceutical company Orphazyme sank 44% after saying it had failed to win support from the U.S. Food and Drug Administration for its arimoclomol drug, a treatment designed for genetic disorder Niemann-Pick disease type C. 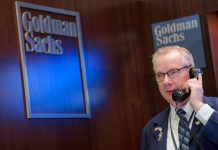 Goldman Sachs expects over $1.2 billion losses from consumer unit this...