So far, 2021 has been a good year for US financial shares, including banks. Both the and are up about 20% and 26% year-to-date, respectively.

Similarly, the UK banking sector has shown a strong recovery since the early days of the pandemic. Therefore, today we look at member Lloyds Banking Group (LON:) (NYSE:).

Here’s how shares of these five banks fared in 2021: 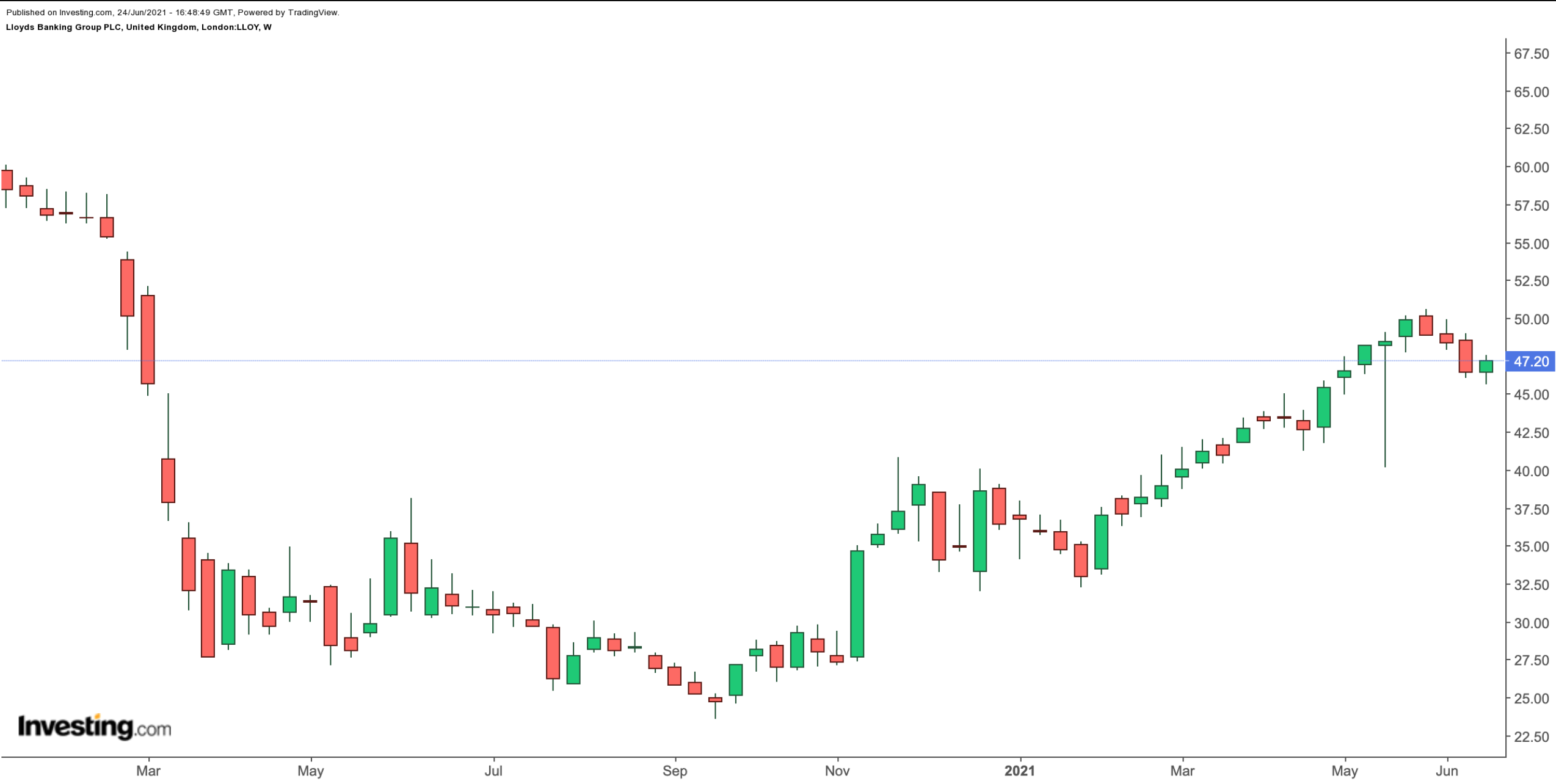 How Recent Earnings Came In

The red-hot housing market was the main catalyst for the growth of its mortgage book. Overall, the latest numbers beat market expectations, and made many investors more bullish on the Lloyds share price than they once were.

“… the underlying asset quality of our different portfolios has remained strong with credit experience benign. Although uncertainty remains, the UK economy is performing better than expected on the back of a very successful vaccination program.”

Horta-Osorio had already announced his retirement, which will take effect in the coming weeks. The bank has named Charlie Nunn as the incoming CEO.

Banking remains a cyclical industry. Investors focused primarily on growth are generally not big fans of FTSE 100 bank shares. The Great Recession of 2008-09 and domestic banking scandals have proved them to be highly volatile and, therefore, risky investments.

Yet, the recent Q1 numbers and positive momentum in 2021 makes us more bullish on the shares than usual. Recent announcements by the UK government also show that the economy could rebound faster that initially expected. Summer months are likely to see increased consumer spending as well as a return to normal for most businesses.

LLOY stock’s forward P/E and P/S ratios stand at 8.61 and 2.09, respectively. Coupled with the current low price-to-book value of just 0.69, we believe the share price could increase further.

Given how far the shares have risen so far in 2021, however, some short-term profit-taking could also be around the corner. Interested readers would find better value around 45p or even below. Before the end of the year, LLOY stock could make an attempt toward the 55p level seen prior to the start of the pandemic in early 2020.

Finally, those investors who do not want to commit full capital into Lloyds stock but are interested in bank shares could consider an exchange-traded fund (ETF). Examples include:

Lloyds shares have seen the highest percentage return among these leading banks. The 52-week range has been 23.58p-59.94p.