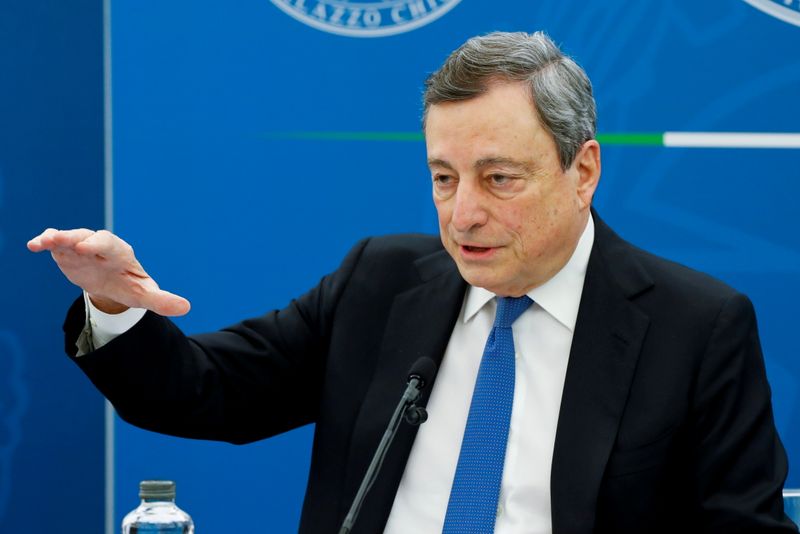 © Reuters. FILE PHOTO: Italy’s Prime Minister Mario Draghi gestures as he speaks at a news conference where he is expected to map out the country’s next moves in loosening coronavirus disease (COVID-19) restrictions, in Rome, Italy, April 16, 2021. REUTERS/Remo Casi

ROME (Reuters) – Prime Minister Mario Draghi plans to halt a refund scheme aimed at promoting digital payments, and partially lift a ban on firing which was introduced last year at the height of the Italy’s COVID-19 pandemic, a draft decree showed.

The legislation, seen by Reuters, will be discussed at a cabinet meeting later on Wednesday.

The previous government led by Giuseppe Conte introduced the refund scheme in 2020, allowing Italians to claim back 10% of all their credit or debit card spending up to a ceiling of 3,000 euros ($3,558).

The project was aimed at reducing widespread tax evasion in the traditionally cash-based economy.

However, Draghi has decided to suspend the scheme from July 1 until the end of the year, the draft shows. Government sources said Rome would work on “corrections and improvements”, without giving details.

One reason is probably its impact on state coffers. In its current form, the so-called “cashless economy” plan is estimated by the Italian Treasury to cost almost 5 billion euros ($5.94 billion) over this year and next.

A senior lawmaker with one of the co-ruling parties told Reuters on condition of anonymity that Rome needed to make savings to fund other measures in the pipeline, such as a reform of jobless benefits, for which the draft earmarks 1.5 billion euros.

The suspension, first mooted on Monday after a meeting between Draghi and key coalition figures, has hit shares in Italian payments group Nexi (MI:), which were down 0.6% on Wednesday after falling 1.2% on Tuesday.

It has also triggered criticism within the ruling, multi-party coalition. Agriculture Minister Stefano Patuanelli, from the 5-Star Movement, said on Twitter it was “a mistake” and called on Draghi to reconsider.

Separately, the government has decided not to extend a ban on firing beyond the current end-June deadline except for workers in sectors hardest-hit by COVID-19 lockdowns.

For workers in textiles, shoemaking and fashion, the ban will continue through October, the draft shows.

To reduce the risk of mass layoffs, the government is also offering to fund additional 13 weeks of temporary lay-off schemes for the manufacturing sector, according to the draft. 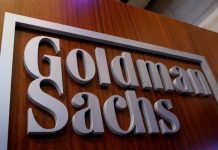