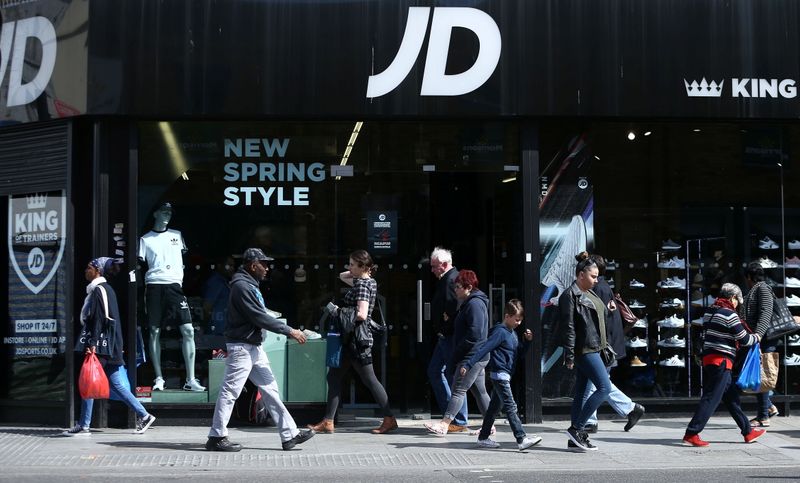 At the retailer’s annual investor meeting (AGM) on Thursday 54.65% of independent votes cast opposed non-executive director Andrew Leslie’s reappointment to the board, while 45.35% were in favour.

Leslie had been on JD Sports’ board for 11 years, longer than Britain’s corporate governance code recommends.

The group said he would step down immediately.

JD Sports has been criticised by shareholder advisory groups for paying longstanding boss Peter Cowgill a bonus in a year the group received taxpayer money for business rates relief and staff furloughed during COVID-19 lockdowns.

Investors have become more vocal in their opposition to boardroom pay deals they deem excessive amid society’s broader struggles in the pandemic.

At the JD Sports AGM, 31.5% of votes cast opposed the group’s pay report and 20% opposed its pay policy.

Ahead of the meeting the firm had bowed to critics of its corporate governance by saying it would split Cowgill’s role as executive chairman and recruit a chief executive over the next year.

It said “a comprehensive process” to divide the role would commence shortly.

“We fully accept that the composition of our board should reflect the current scale, momentum and global positioning of the group as well as its increased level of market capitalisation,” it said.

Corporate governance guidelines recommend that the roles of chairman and CEO should be kept separate.

JD Sports, whose stock market value has grown to 9.5 billion pounds ($13.1 billion) as it has expanded across Europe and the United States, also acknowledged a need to create “additional diversity” within its board.

The group said it would consider repaying government support on payroll costs but defer a final decision until there was certainty on both the full easing of pandemic restrictions and the consequences of any further lockdowns during the peak trading period this winter.

The group said it had seen positive trading in the period since stores reopened after lockdowns, particularly in the United States.