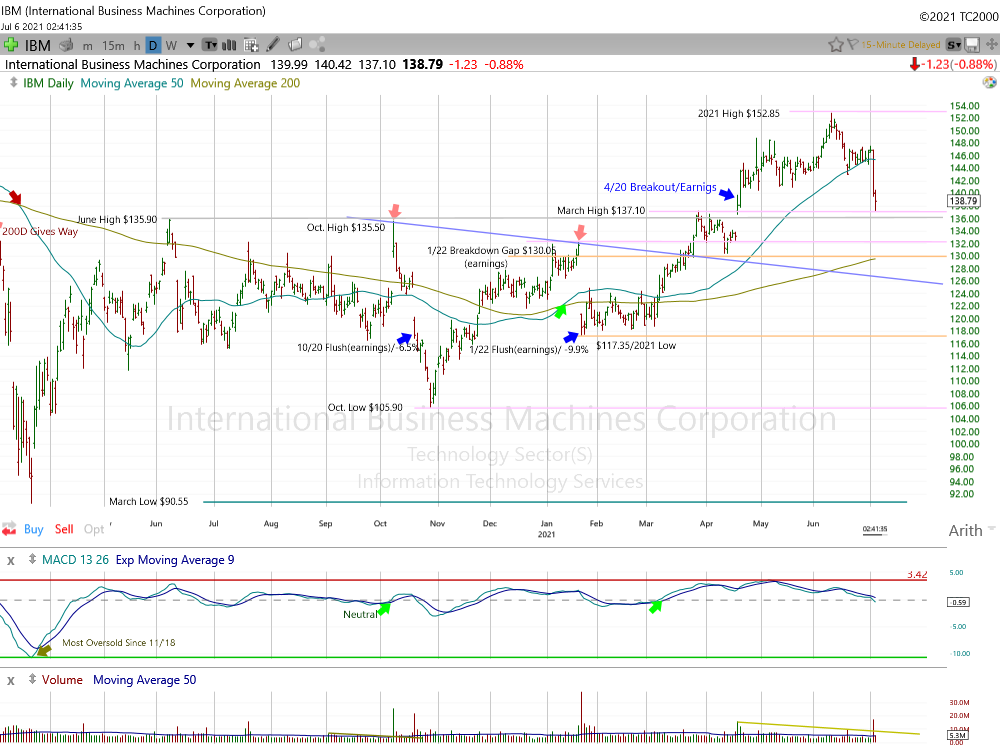 Friday’s news-inspired flush drove shares of IBM (NYSE:) below its May and June lows. This powerful downside momentum continued this morning as the stock extended its drop from the June peak to 10%. IBM has now retraced nearly all of its big post-earnings rally that began with a strong breakout on April 20. The stock is now testing the upper band of a very solid support zone that includes the June and October highs of 2020 and this year’s March peak. The lower band of this key zone includes the big earnings inspired upside gap. In addition IBM has worked off a fairly high overbought reading set back in early May. The daily MACD has returned to neutral.

Note: We are long IBM in some managed accounts. We are expecting to add during the current pullback.