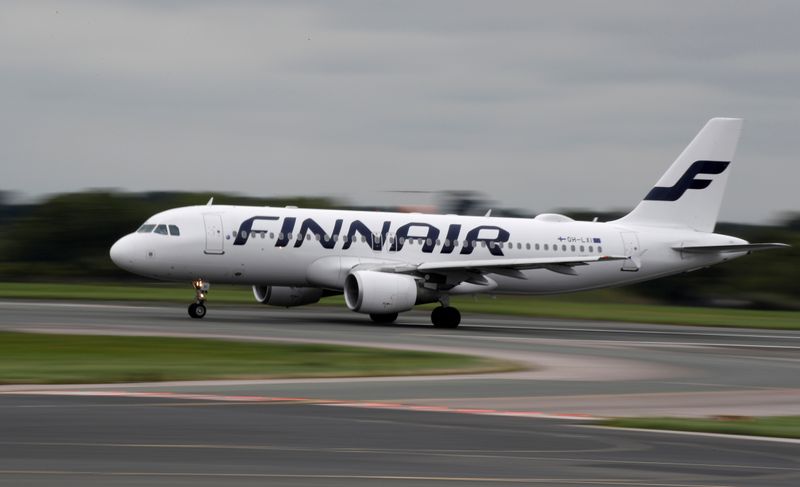 HELSINKI (Reuters) – Finnair on Thursday posted a sixth consecutive quarterly loss, with the COVID-19 pandemic still keeping most of its planes grounded, and raised its annual cost savings target to 200 million euros ($237 million) from 170 million euros.

An increase in second-quarter air traffic helped to boost revenue and reduce the airline’s operating loss to 139.1 million euros from 171.2 million euros in the same period last year.

The operating loss was slightly better than a consensus forecast of 149.25 million euros from five analysts, Refinitiv Eikon data showed, and the company said it expects to make a similar loss in the third quarter.

“Even though travel restrictions have been lifted at a slower pace than we expected, many countries, including Finland, have now opened to travel,” Chief Executive Topi Manner said in a statement.

Finnair’s second-quarter revenue rose to 111.8 million euros from 68.6 million euros a year earlier and the company now expects monthly operating cash flow to turn positive by the end of the year.

TikTok US User Data Moved to Oracle Servers By Investing.com