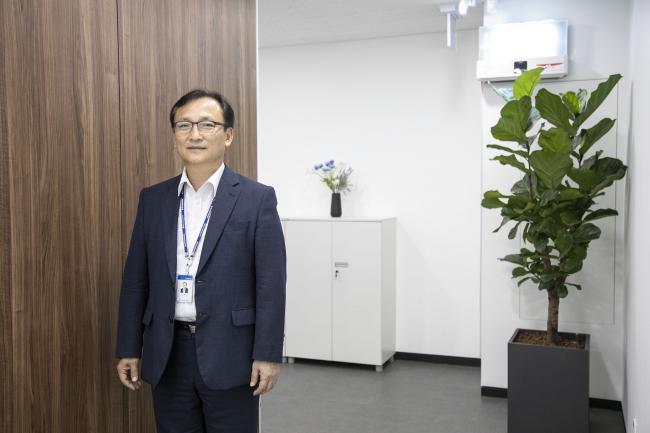 (Bloomberg) — A South Korean biotech firm that saw sales surge to $1 billion in the first quarter on strong demand for Covid-19 testing jumped in its trading debut, pushing its market value toward $6 billion.

The double-digit gain still leaves the stock far short of its daily limit of 135,200 won. The debut comes amid what’s shaping up to be a record year for Korean IPOs and at a time when healthcare stocks in the nation are bouncing back from their 2021 lows amid a resurgence in infections. SD Biosensor’s blockbuster sales for January-March equaled about 80% of its revenue for all of 2020.

“Our goal is to join the world’s top three in point-of-care testing in three years,” Lee Hyo-Keun, the firm’s vice chairman and co-chief executive, said in an interview. “We want to be like Samsung (KS:) is in smartphones.”

As the global rollout of coronavirus vaccines clouds the outlook for makers of diagnostic products, SD Biosensor seeks to keep its momentum going post-pandemic through M&A. The firm, which sells a pair of its testing kits for $14 locally, plans to spend up to 2 trillion won on acquisitions, Lee said, with more details to emerge early next year. It is looking to add distribution channels in the U.S., South America and Europe.

U.S. giant Abbott Laboratories (NYSE:) last month forecast disappointing profits on a rapid decline in testing demand. SD Biosensor’s quarterly sales may come down from the $1 billion level as prices of test kits decline due to competition, Lee said, adding however that demand has remained surprisingly strong amid the spread of coronavirus variants.

“We thought sales of diagnostic products would decline once vaccination starts, but testing demand from vaccinated people is growing,” he said. “They want to discover whether the vaccination works against the variants.”

SD Biosensor, which has partnered with Roche Holding AG (OTC:) on global distribution, was dealt an unexpected blow before the IPO, as a Korean financial regulator asked it to lower the offering price on concerns of overvaluation. The firm initially planned to raise as much as 1 trillion won at a valuation of nearly 9 trillion won.

“There were worries about high IPO prices due to concerns that vaccinations would lower testing demand and sales would drop sharply,” Lee said. “We had to admit that there were concerns in the market, and lower the price.”

But even at the reduced figure, SD Biosensor’s IPO is set to make Cho Young-Shik, its founder and chairman, a billionaire. Cho, who started the company’s predecessor Standard Diagnostics in 1999, owns a 32% stake in SD Biosensor, valued at $1.5 billion at the IPO price.

The surge in his fortune comes at a time when the massive wealth created at some pandemic beneficiaries is dwindling as vaccines raise hopes for an end to the coronavirus. The founder of Seegene Inc., another Korean testing firm, joined the ranks of billionaires last year only to slip off this year as the stock fell.

SD Biosensor saw a 418-fold jump in net income to 585.7 billion won in 2020, driven by sales of Covid tests in India and Europe. It plans to enter the U.S. market through the partnership with Roche during the second half of this year, once the Food and Drug Administration approves its kit.

The IPO proceeds will be used to mass produce and promote its diagnostic machines for various diseases beyond Covid-19.