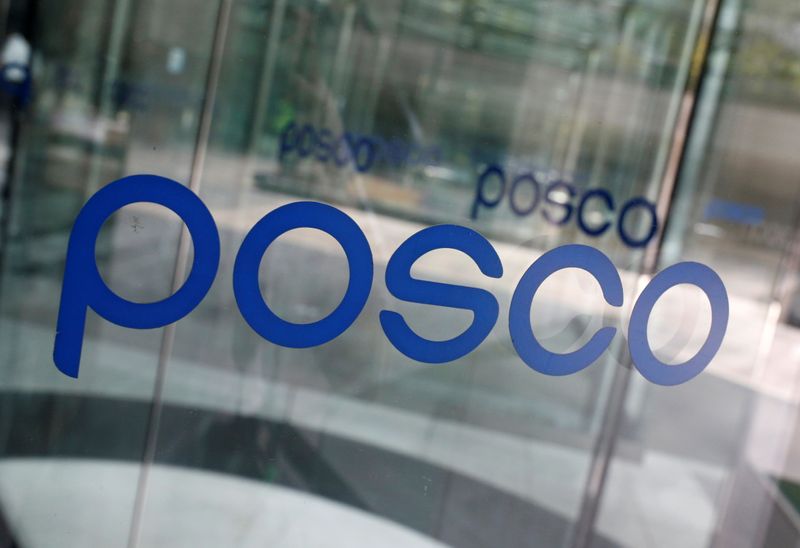 © Reuters. FILE PHOTO: The logo of POSCO is seen at the company’s headquarters in Seoul, South Korea, July 20, 2016. REUTERS/Kim Hong-Ji

It also lifted its 2021 revenue target to 37 trillion won from 32.8 trillion won as it expects tight supply to continue for the rest of this year, especially in the domestic market, according to comments in its earnings call.

Consolidated operating profit came in at 2.2 trillion won ($1.91 billion) for April-June, matching a company forecast made earlier this month, and slightly beating market consensus of 2.1 trillion won, according to Refinitiv Smartestimate.

POSCO had reported about 170 billion won in operating profit a year earlier, when sales were hit by the coronavirus pandemic.

Analysts expect steel demand to continue to outpace supply in the second half of this year in major markets such as the United States and Europe, driven by plans to boost infrastructure spending and cut carbon emissions, bolstering steel prices.

POSCO shares rose 2.7% after the quarterly numbers were published, while the wider market was up 1%.