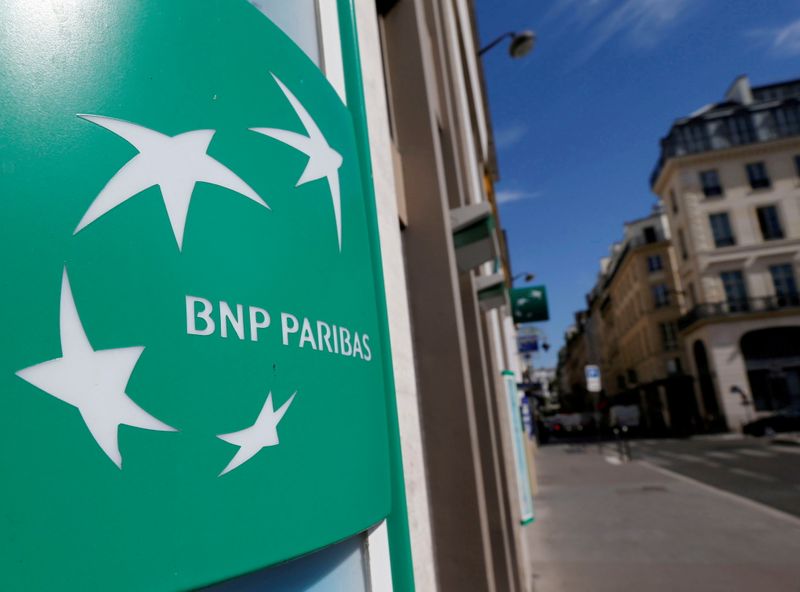 By Matthieu Protard and John O’Donnell

Although the virus continues to loom over the global economy, billions of euros of state handouts across Europe, from worker furlough schemes to assistance for businesses, have helped borrowers keep up repayments, shielding banks’ profits.

Chief Executive Officer Jean-Laurent Bonnafe said he was preparing for a “solid recovery” after the euro zone’s biggest lender on Friday reported a 26.6% jump in second-quarter net income.

The government ended France’s third national lockdown in mid-May and has been gradually relaxing other restrictions since.

Like other European countries, France borrows to pay for public spending, which it has ramped up dramatically during the pandemic.

The national public auditor has said Paris should gradually withdraw COVID-19 support this year and next but only turn to cut its budget deficit from 2023.

This would postpone any economic hangover from the pandemic, a boon to borrowers and banks, as well as their shareholders.

“Clearly they are benefiting from massive state support. It is support for the economy, the borrowers. So they benefit indirectly,” said Jerome Legras of Axiom Alternative Investments.

BNP Paribas posted a net profit of 2.91 billion euros as its cost of risk, reflecting provisions for bad loans, fell 43.8% to 813 million euros.

Revenue rose 0.9%, as a 9.5% rebound in retail banking helped make up for lower corporate and investment banking sales.

The pandemic has also influenced the behaviour of its customers. Deposits, for instance, rose by 7.5% compared with a year earlier, as lockdowns made it harder to spend, while loans were up by 4%.

Lockdowns and curfews accelerated a shift to online banking, with a jump of a quarter in daily connections to mobile apps, the bank said.

The general improvement in retail banking helped offset a slump of more than 40% in earnings in fixed income, currencies and commodities trading.

In corporate banking, where BNP Paribas has been making a push on advising clients on mergers, revenue was down 1.6%, lagging Wall Street rivals.

The bank said business volumes in finance raised for clients on credit, bond and equity markets was down 37%.

It also said it would pay shareholders an additional dividend of 1.55 euro per share this year, and its shares, up about a fifth this year, rose again on Friday, though lagged the Banks Index.