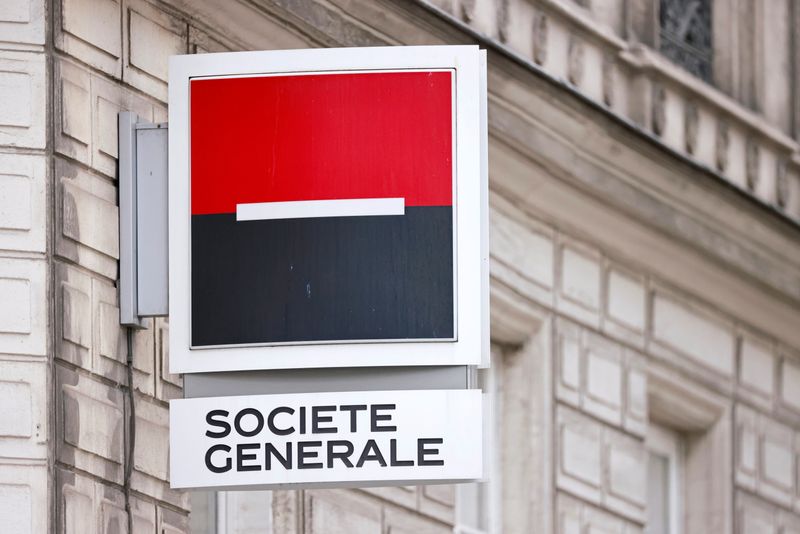 PARIS (Reuters) -French bank Societe Generale (OTC:) on Tuesday raised its forecast for the full year as the lender swung back to a profit in the second quarter on lower pandemic-related charges for bad loans and a rebound in its French retail banking business.

In a sign that Chief Executive Frederic Oudea’s turnaround strategy is starting to pay off, Societe Generale now expects revenue to grow in all its businesses this year, including in French retail banking, which had been a weakspot.

Under pressure to boost profitability, Oudea has been trying to revive the lender after losses from stock-linked derivatives wiped out equity trading in the first and second quarters of 2020, whilst a cumbersome retail banking structure hindered growth.

France’s third-largest listed lender, after BNP Paribas (OTC:) and Credit Agricole (OTC:) SA, said its cost of risk, which reflects provisions against bad loans, would be lower than expected in 2021 at 20 to 25 basis points, down from a previous forecast of 30 to 35 basis points.

SocGen also said its cost of risk fell 88.9% in the second quarter, mirroring that of rivals including Spain’s BBVA (MC:) and BNP Paribas, which slashed provisions for unpaid loans as the global economy was gradually recovering from the worst of the COVID-19 crisis.

In France, where the government ended a third nationwide lockdown in mid-May, retail banking revenue rose 8.7%.

Revenue was up 24.5% in its corporate and investment banking businesses, which SocGen began revamping two months ago by shifting resources into dealmaking and reducing its trading arm’s exposure to market swings.

Shares in SocGen have more than doubled since their drop to near 30-year lows in autumn last year when they closed at 10.90 euros on Sept. 25. Shares closed at 24.86 euros on Monday.