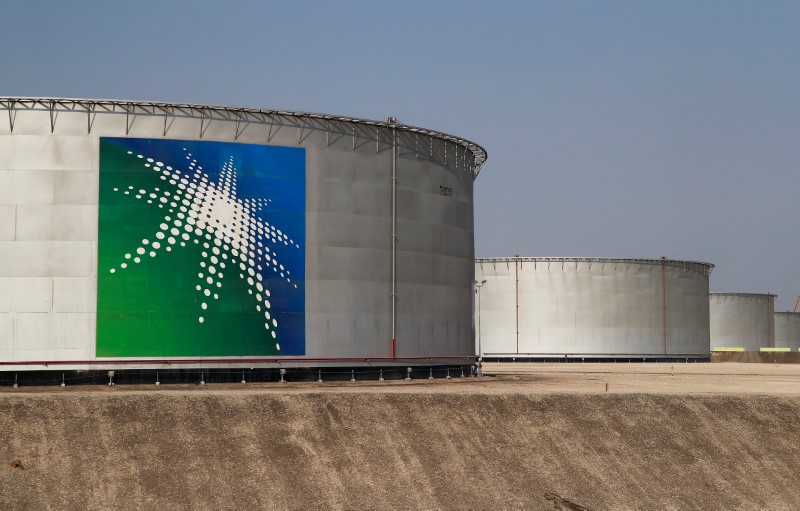 Aramco joins other oil majors who have reported strong results in recent weeks.

Exxon Mobil (NYSE:) last month said its net income for the second quarter came in at $4.69 billion, or $1.10 per share, compared with a loss of $1.08 billion, or 26 cents per share, a year ago. Royal Dutch Shell (LON:) reported its highest quarterly profit in more than two years, with adjusted earnings at $5.53 billion, compared with earnings of $638 million a year earlier.

Oil prices, boosted by output cuts made by the Organization of the Petroleum Exporting Countries and their allies, a group known as OPEC+, closed at $70.70 a barrel on Friday and has gained over 35% since the start of the year. [O/R]

“Our second quarter results reflect a strong rebound in worldwide energy demand and we are heading into the second half of 2021 more resilient and more flexible, as the global recovery

Analysts had expected a net profit of $23.2 billion, according to the mean estimate from five analysts.

It declared a dividend of $18.8 billion in the second quarter, in line with its own target, which will be paid in the third quarter.

“I think the reason they maintained [the dividend] and our rationale was that they are retaining money to invest in future projects and particularly the “Shareek” programme,” he said.

Aramco’s capital expenditure was $7.5 billion in the second quarter, an increase of 20% from a year earlier.

A consortium including Washington DC-based EIG Global Energy Partners in June closed a deal to buy 49% of Aramco’s pipelines business for $12.4 billion.

Uber posts $509 million adjusted loss on driver incentives even as...