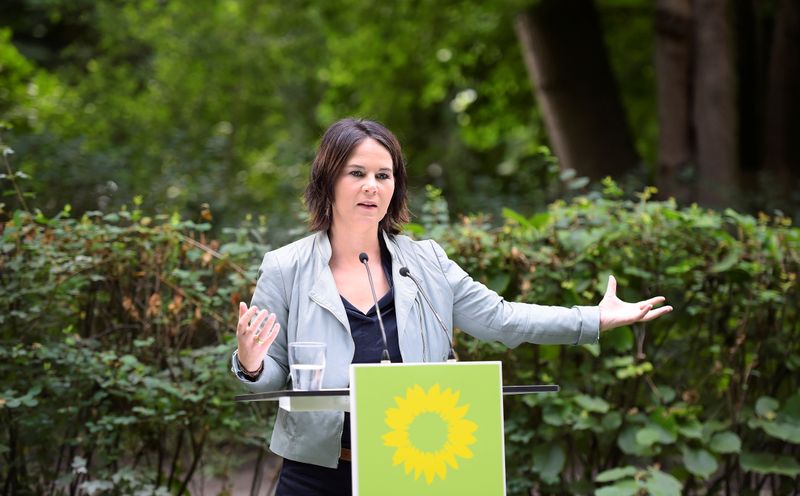 “We have to uphold standards when there is dumping in other world regions,” Greens candidate Annalena Baerbock told Sunday paper Frankfurter Allgemeine Sonntagszeitung (FAS) in an interview.

“This could for instance take the form of a surcharge on companies that have been subsidised on the Chinese market or that are not subject to environmental standards,” she added.

Chancellor Angela Merkel’s Christian Democrats, currently governing in coalition with the centre-left SPD, are seen as front-runners in the Sept. 26 general elections, but a recent weakness in polls has opened a path to power for a mooted three-way coalition of the SPD, Greens and liberal Free Democrats.

In the interview, Baerbock also urged more state support in areas such as public tenders for European industrial champions or consortia that provide key technologies to reduce reliance on Chinese suppliers.