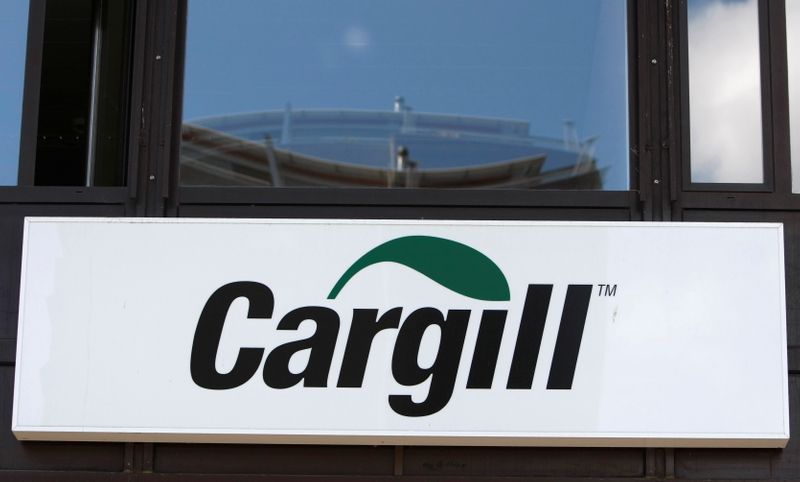 © Reuters. FILE PHOTO: A logo is pictured on the building of Cargill International SA in Geneva August 4, 2009. REUTERS/Denis Balibouse

The plant is Cargill’s only pectin facility outside of Europe, where it owns three such units.

It will make Cargill the world’s second largest producer of the food ingredient, Laerte Moraes, Cargill’s director for starches and sweeteners in South America, said in an interview.

Located close to Brazil’s orange belt – where Cargill will source orange peel as the raw material – the factory should help trim company production costs as currently two of its plants in Europe have to import orange peels for processing there.

The Brazilian unit will mainly cater to export markets, particularly clients in Asia, and will employ 120 people, the company said.

Cargill’s move reflects a need to balance large-volume businesses that have lower margins while boosting its presence in market segments with smaller volumes but higher prices.

It is also a response to evolving industrial customer and consumer dietary requirements. Global demand for pectin, a natural ingredient that can be used as an emulsifier, stabilizer and thickener agent in cooking and baking, is expected to grow by up to 4% per year, Cargill said.

The company, one of the largest soy and corn traders in Brazil, announced construction of the new plant in 2018. Though the work was slightly delayed in 2020 due to the pandemic-related restrictions, the plant will begin operations this month, Moraes said.

The new plant can produce some 6,000 tonnes per year of the high-value product, a kilogram of which can cost between $15 and $20, Moraes said.

Cargill invested 550 million reais ($106.52 million) in the factory, according to Moraes.