Many investors who have made fortunes via the market rarely sell once they’ve bought a cash-producing asset. This investing style is also very useful if your goal is to build a solid cash stream for your retirement.

You buy cash-producing stocks that consistently pay dividends. Their payouts survive market peaks and troughs, wars, depressions and asset bubbles. The products and services generated by these companies are so crucial one can’t imagine a normal life without them. This quality has turned these companies—and their shares—into cash machines that never run out.

Below, we have put together a list of three dividend stocks we believe can sustain their dividend payouts and provide a regular income stream for many years to come.

Cisco Systems (NASDAQ:) is not a high-flying technology player whose stock price will double in value in a few months. But it is a cash-rich company well positioned to pay uninterrupted dividends. The San Jose-based networking giant is the world’s largest producer of routers, switches, and other gear that companies use to connect computers. 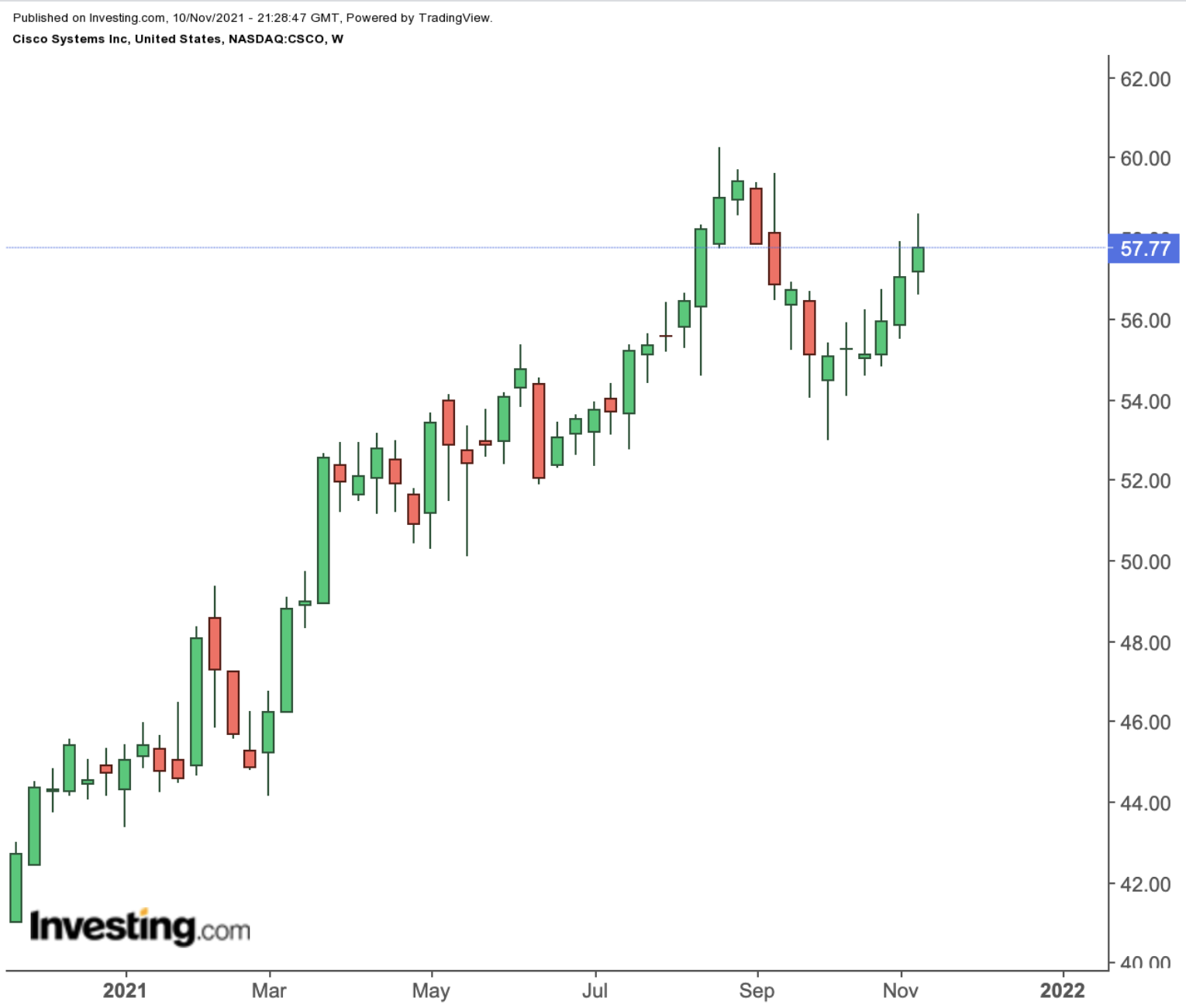 Cisco has meaningfully improved its future growth prospects after an aggressive diversification drive away from hardware to a software-driven model within new, high-growth areas of the market, like cybersecurity, applications, and services.

These growth initiatives, coupled with the company’s dominant position in the Americas, where it generates the majority of its sales, have positioned the company to outperform when the macroeconomic risks decrease.

The company has traditionally generated the bulk of its from the expensive switches and routers that form the backbone of computer networks, but that’s changing. Revenue from subscriptions will reach 50% of Cisco’s total by fiscal 2025, the company predicted in September.

In addition to growth, Cisco is also a reliable dividend payer. Though not yet considered a dividend aristocrat, given it has only been paying a dividend for 11 years, Cisco has nonetheless raised its payout every year, making it an attractive option for those seeking growing income. The company currently pays $0.37 per quarter for an annual payout of $1.48 per share.

One popular trade that has attracted a lot of income investors in recent years: buying quality Canadian banking stocks which plays to the strength of that nation’s economy and its sound financial regulatory environment.

The Bank of Nova Scotia (NYSE:), Canada’s third-largest bank, is currently offering one of the highest yields among the country’s top six banks, and it could be a good addition to any long-term retirement portfolio. 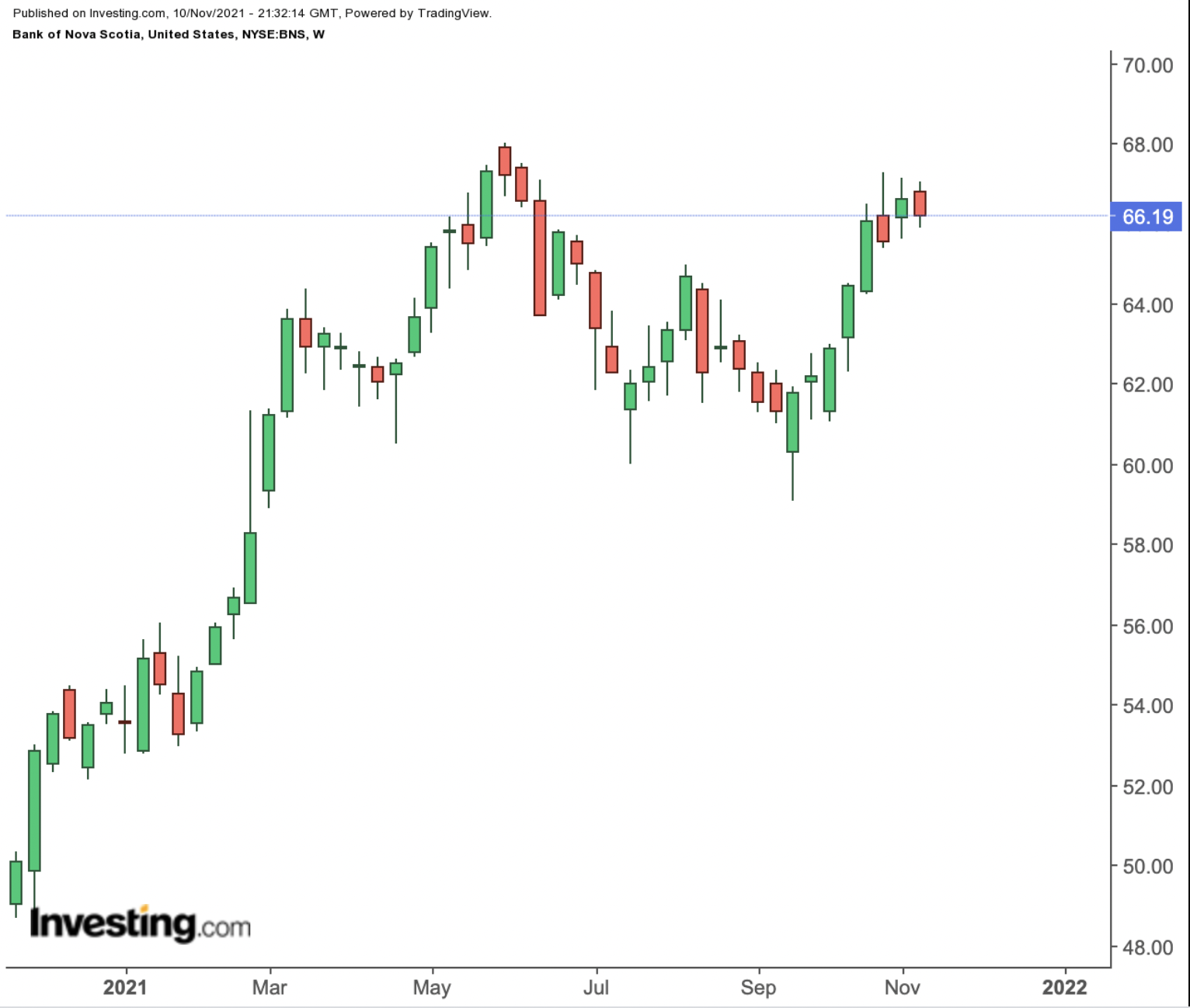 Canada’s top banks generally pay between 40-50% of their in dividends each year, making them an attractive bet for retirees. The nation’s largest banks could raise their dividends as much as 25% after regulators allowed them last week to increase their payouts.

The dividend increase of 20% to 25% could happen even if the banks’ earnings growth stalls, Toronto-based Hamilton Capital Partners said in a note last month. The hikes could be even larger if bank executives want to slow the growth in their capital levels, the firm said. Bank of Nova Scotia’s quarterly $0.725 payout amounts to $2.91 per share annually.

Just like power and gas utilities, telecom operators are also great income producers. No matter which direction the economy goes, internet and wireless connections will be among the last items consumers delete from their must-have lists. This predictability and stickiness increases their income appeal for long-term investors.

In this space, Verizon Communications (NYSE:) is a good pick for retirees. The company has a solid track record of rewarding investors with growing dividends since 2007. The company currently pays $0.64 a share quarterly payout that translates into an annual payout of $2.56. 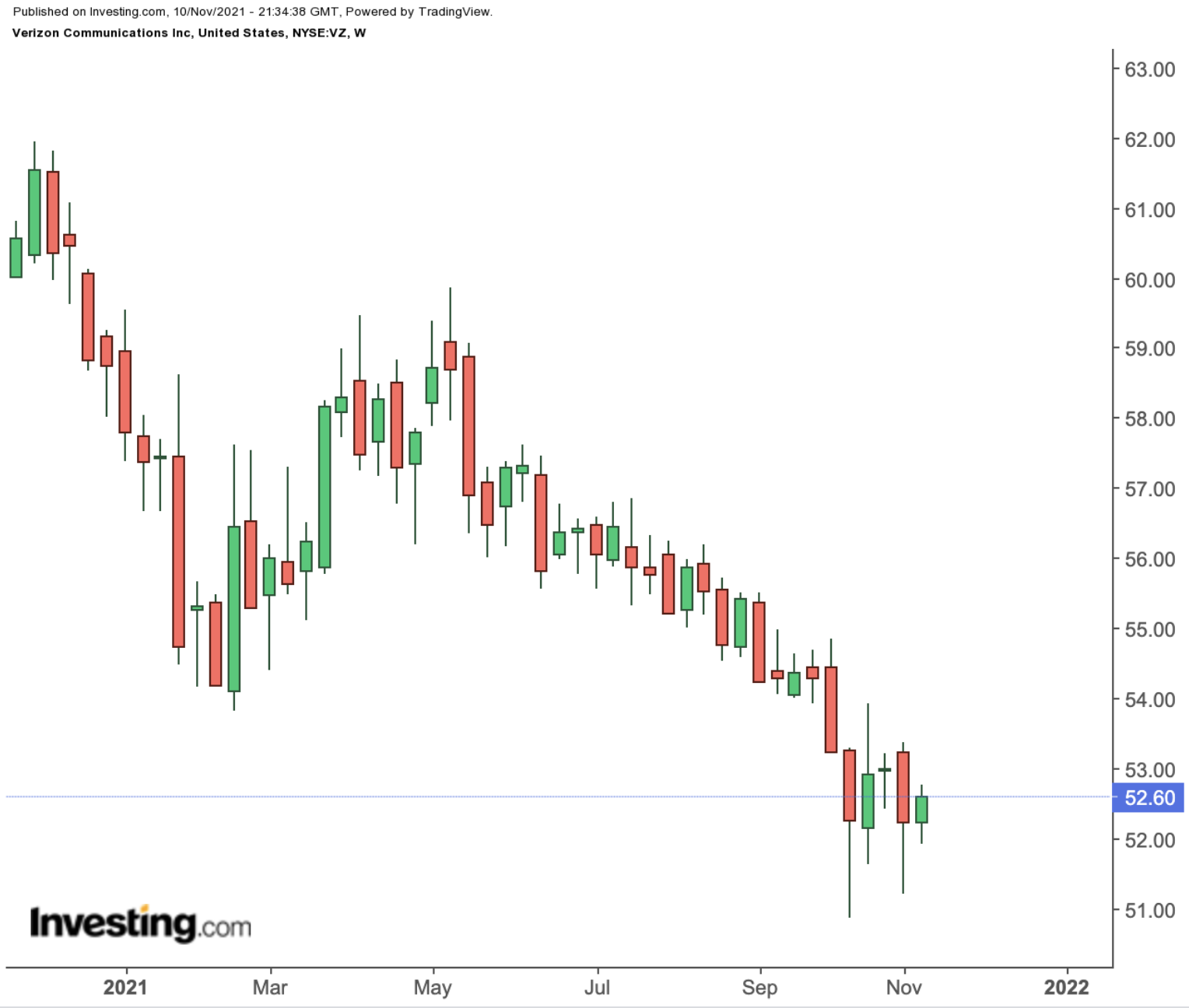 This year, Verizon exceeded wireless-subscriber estimates, with promotions for new phones helping the carrier in the race to sign up customers for faster 5G services.

Telecom shares may not provide hefty capital gains, particularly when compared to high-growth stocks. But these stocks are defensive in nature and help retirees in times of economic distress.

For investors aiming to earn a steadily growing income in order to save for retirement, putting money into stable dividend growth stocks isn’t a bad idea. Retirement portfolios can be slowly built up over time by adding quality income stocks at the right moment, when they are selling cheap and offering good entry points.

These three stocks would be a good fit for any such investment plan.