Investors should brace for another volatile week in equity markets as the war between Russia and Ukraine continues and COVID 19 infections rise in Europe and China.

Russia has said it used advanced “Kinzhal” hypersonic missiles for the first time to strike a western Ukraine target, according to media reports. President Volodymyr Zelensky said peace talks are Russia’s “only chance” given the growing number of countries imposing sanctions, and urged Moscow to engage.

During the past week, a powerful rebound in technology and growth stocks helped the market to record its best week of the year after the US Federal Reserve its benchmark interest rates for the first time since 2018. The was up about 6.2% for the week, while the Index rose 8.2%, and the gained 5.5%.

As COVID infections surge again in Europe and China, investors will also be getting the latest quarterly reports from some of the largest U.S. companies which could provide additional insight into consumer demand and the impact of supply-chain disruptions.

Below are three mega-cap stocks we’ll be focusing on during the upcoming week:

Sportswear giant Nike (NYSE:) will release its third quarter fiscal 2022 earnings on Monday, Mar. 21 after the market close. On average, analysts are expecting the global purveyor of footwear and accessories to make $0.7158 a share profit on sales of $10.63 billion. 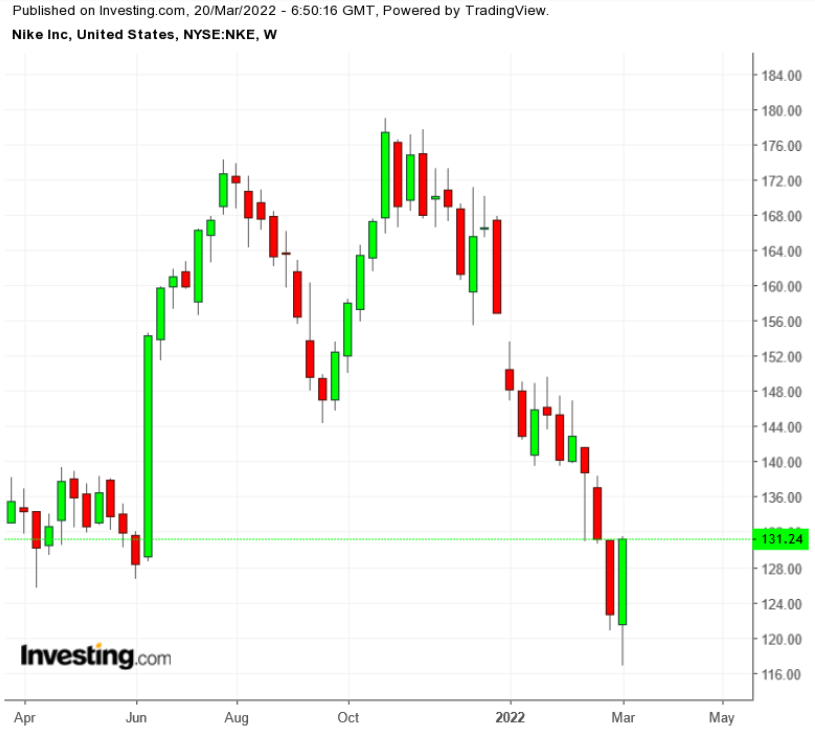 Shares of NKE have suffered this year as the world’s largest sportswear brand struggles to overcome challenges imposed by the Omicron variant on its factories in Asia. Those disruptions hurt sales in China and other Asian markets in the previous quarter.

Nike told investors in December that its factories in Vietnam were back up and running after it had to cancel orders totaling about 130 million units. While demand remains weak in China where the government is still shutting down cities to curb COVID spread, a in North America and Europe is helping to offset some losses.

Adobe Systems (NASDAQ:) will release its first quarter, 2022 earnings on Tuesday, Mar. 22 after the market close. The maker of Photoshop and other software and infrastructure products is expected to report $3.34 a share profit on sales of $4.24 billion. 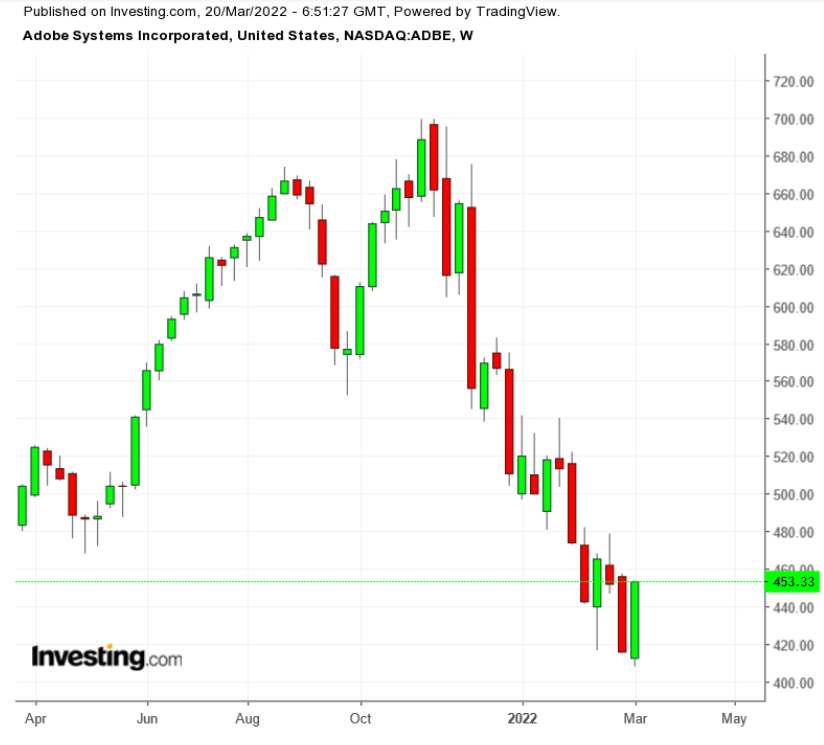 San Jose, California-based Adobe, which competes with Salesforce.com (NYSE:) in the marketing and e-commerce technology segment, is trying to boost growth by expanding its business offerings while strengthening its core creative software business.

In December, Adobe for the first fiscal quarter and full year 2022 that fell short of analysts’ estimates, as the company blamed a stronger US dollar against foreign currencies and a longer first quarter in 2021.

Adobe has long dominated the market in digital design software for professionals, but faces greater competition as it offers tools to make it easier for everyday users to create graphics, videos and other online content. Adobe shares have fallen about 20% this year, about double the losses suffered by the NASDAQ 100 Index. The stock closed at $453.33 on Friday. 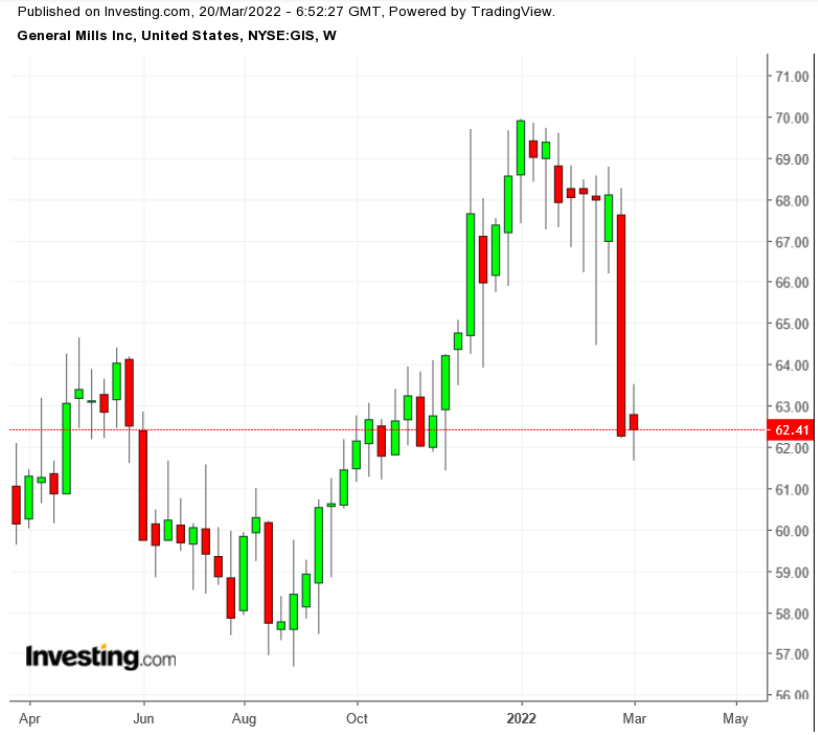 In its update last month, the company said acute supply shortages will cause its US shipments to significantly lag Nielsen-measured retail sales performance in Q3. As a result, the company expects Q3 organic net sales to be up 2-3% and constant-currency adjusted operating profit to be down high-single digits to low-double digits versus last year.

“The company has taken actions to address these short-term supply constraints and expects to improve customer service levels and deliver strong top- and bottom-line growth in the fourth quarter.”

GIS is also trying to restructure its portfolio in an era when consumers are rapidly changing their eating habits, looking for fresher, greener, and less sugary fare. The stock closed on Friday at $62.41, down about 7% for the year.