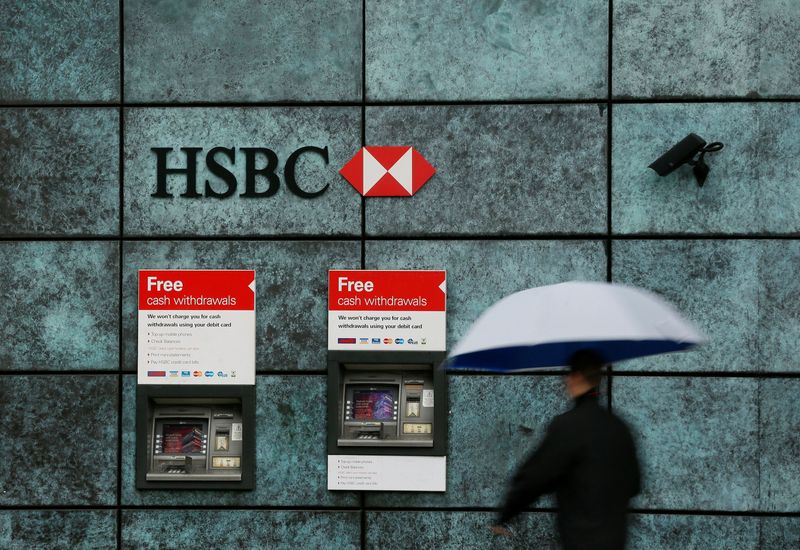 © Reuters. FILE PHOTO: A man walks past a HSBC bank branch in the City of London, Britain November 12, 2014. REUTERS/Stefan Wermuth

SINGAPORE (Reuters) – Shares in HSBC Holdings (NYSE:) were set to open flat in Hong Kong trade on Tuesday after its largest shareholder, Chinese insurance giant Ping An, called for a break-up of the London-based bank to boost its valuations.

The Hong Kong bourse was closed on Monday for a holiday.