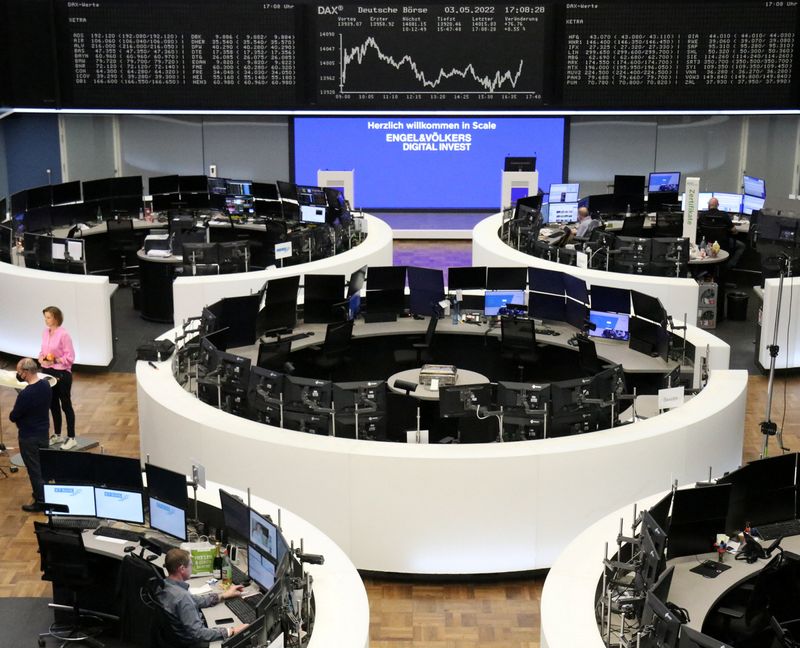 © Reuters. The German share price index DAX graph is pictured at the stock exchange in Frankfurt, Germany, May 3, 2022. REUTERS/Staff

By Sruthi Shankar and Shreyashi Sanyal

The pan-European index climbed 0.5%, rebounding from a “flash crash” in the previous session caused by a single sell order trade by Citigroup Inc (NYSE:).

Economically sensitive sectors such as banks and automakers advanced about 2% each, leading gains early on Tuesday as German 10-year bond yields hit 1% for the first time since June 2015. [GVD/EUR]

Overnight, the hit 3% for the first time since December 2018 ahead of a Federal Reserve meeting on Wednesday, when policymakers are expected to hike rate by 50 basis points to contain soaring prices. [US/]

“The narrative so far this year has very much been inflation and interest rate driven. What the markets are trying to assess now is a slowdown in global growth and what impact that has on monetary policy going forward,” said Dan Boardman-Weston, chief executive officer at BRI Wealth Management.

Jack Allen-Reynolds, senior Europe economist at Capital Economics said supply problems faced by euro-zone companies have eased a little this year, but remain intense. “This will continue to weigh on production and keep inflation high.”

Nearly half of the STOXX 600 companies have reported first-quarter results so far, and 71% of those have topped analysts’ earnings estimates, as per Refinitiv IBES data, with the biggest beats coming from energy and materials sectors.

German chemicals maker Covestro slid 4.9% after it warned COVID-19 lockdowns in China will significantly affect business in the second quarter.

LG Chem to invest more than $3 billion to build battery... 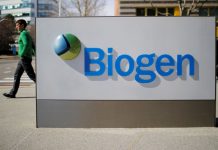