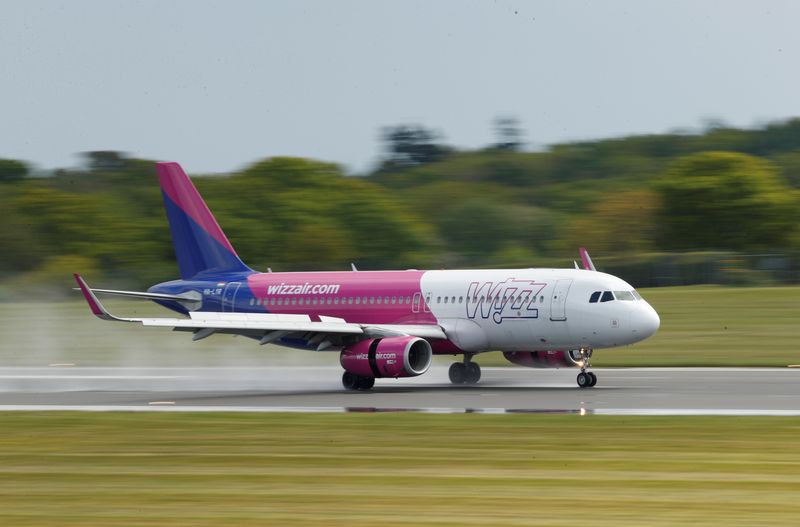 © Reuters. A Wizz Air Airbus A320 from Sofia, Bulgaria lands at Luton Airport after Wizz Air resumed flights today on some routes, following the outbreak of the coronavirus disease (COVID-19), Luton, Britain, May 1, 2020. REUTERS/Andrew Boyers

The General Court of the European Union, the EU’s second-highest legal chamber, upheld the European Commission’s approval of the state aid in 2020.

The aid was compatible with EU internal market rules, it said, because it aimed to prevent the social hardship that a disruption to TAROM services might have caused for connectivity of regions in Romania.

The aid, which Romania disclosed to the commission in February 2020, consisted of a loan to finance TAROM’s liquidity needs repayable after six months. The commission approved the aid in the same month.

Wizz Air sought to overturn the commission’s decision, contending that the aid failed to meet two conditions – that it contributed to an objective of common interest and that the company should not have received rescue aid before.

The EU court said that an objective of common interest included preventing social hardship or market failure and the commission was right to seek this as a risk given the poor condition of Romania’s road and rail infrastructure.

It said that further aid could be granted if at least 10 years had elapsed from earlier restructuring and that this was the case for TAROM.