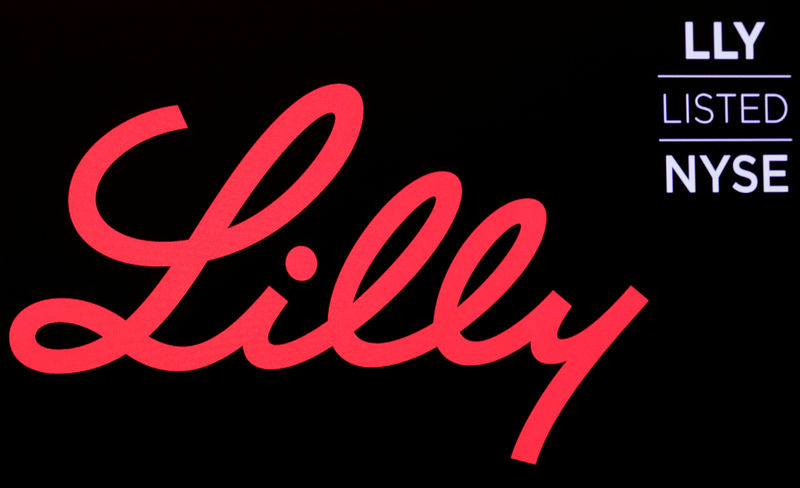 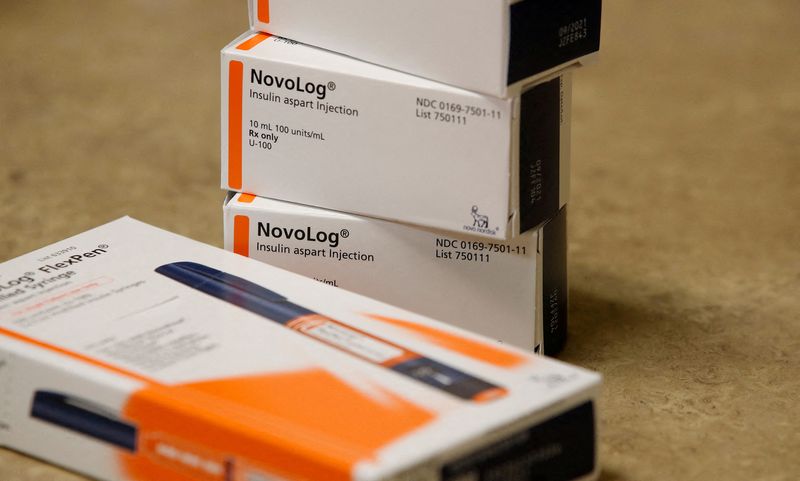 © Reuters. FILE PHOTO: Boxes of the drug NovoLog, made by Novo Nordisk Pharmaceutical, sit on a counter at a pharmacy in Provo, Utah, U.S. January 9, 2020. REUTERS/George Frey

WASHINGTON (Reuters) – U.S. lawmakers attempting to cut the cost of insulin for more than a million Americans to $35 per month are unlikely to succeed as November elections draw near and complicate bipartisan support, health policy and political experts say.

The U.S. House of Representatives in March passed a bill capping monthly out-of-pocket insulin costs for those with health insurance at $35. Senators are drafting a wider bill that also provides incentive for drugmakers to lower list prices.

Both houses must pass the same legislation for it to move forward.

The Democratic-backed legislation was once seen as likely to garner the support it needed because it sidestepped requiring drug companies to cut prices, which the pharmaceutical industry would have fought. Some Republicans have said they support drug pricing reform.

“As we inch closer and closer to the summer and to the election, it seems like there may not be a lot of appetite to potentially give Democrats a win going into the elections,” said Ipsita Smolinski, managing director at research firm Capitol Street.

Around 8.4 million of the 37 million people in the United States with diabetes use insulin, according to the American Diabetes Association.

About one-in-five insured Americans pay more than $35 per month for the treatment, while the rest pay about $23 dollars per month, according to a 2021 report on drug prices by health information company IQVIA. Monthly out-of-pocket costs for insulin are already capped by 20 states and the District of Columbia. In nine of those states and D.C., the cap is $35 or lower, the ADA said.

The bill would help the estimated 1.7 million people who have private insurance or Medicare coverage and pay more than $35 a month for insulin because of their location, the design of their insurance plan, or the specific insulin they need.

Laura Marston, co-founder of advocacy group The Insulin Initiative, said the bill would only have lowered the co-pays for about 20% of diabetes patients, and that her organization will continue to battle for lower list prices.

“From my perspective, it’s not a setback in our fight to cap the price, not just the co-pay, of insulin for all,” she said.

About 17% of insulin users ages 18 to 64, or some 5 million to 6 million people, were uninsured or had a gap in coverage, according to a 2020 Commonwealth Fund study. Two thirds of that group paid the full price – an average of $900 a month – for the life-sustaining medicine.

That has left many people rationing or skipping insulin doses, endangering their health.

The legislation has the support of PhRMA, the pharmaceutical industry trade group, and insulin makers. Three companies, Sanofi (NASDAQ:) SA, Eli Lilly (NYSE:) and Co, and Novo Nordisk (NYSE:) make up 90% of the market for insulin, which was invented in the 1920s.

Insurers would have to pass the after-market discounts they receive from drugmakers to patients rather than integrating them in the monthly premium price for everyone, O’Neail and other industry sources said.

The nonpartisan Congressional Budget Office (CBO) has estimated that setting that $35 co-pay would cost the U.S. government $20 billion over 10 years as premiums in government-sponsored Obamacare, Medicare and Medicaid plans rise.

Qantas to expand domestic freight fleet with six A321 jets By... 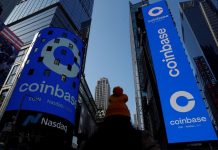