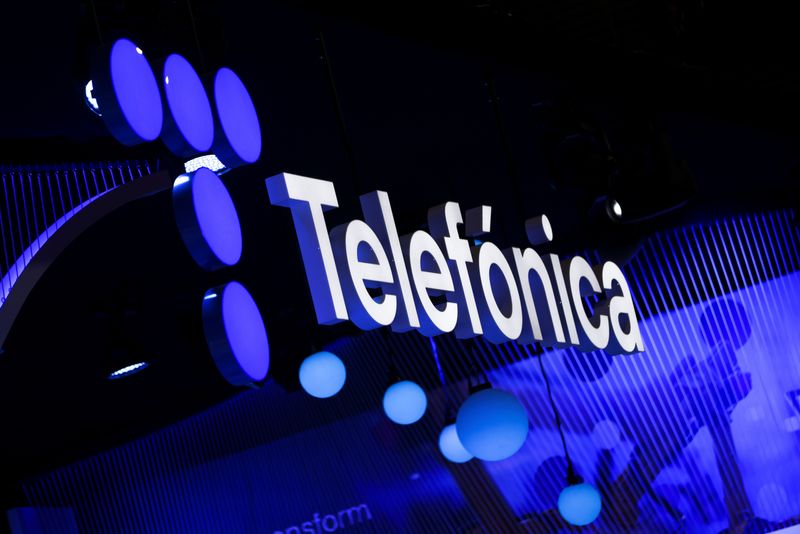 Shares in the company jumped 4.8%, outperforming the blue-chip IBEX-35 index which fell 1.4%, as Telefonica affirmed its forecast for “low single-digit growth” in full year core earnings and revenue excluding the effect of asset sales.

Net profit fell 20% to 706 million euros ($742 million) in the first quarter but beat the 470 million forecast by analysts in a company-provided survey.

“The results have exceeded forecasts in the main indicators,” analysts at brokerage Renta 4 said in a note to investors.

The consolidation process in Spain in which two of the company’s rivals MasMovil and Orange will merge, will also benefit Telefonica, Vila said, as the reduced competition will allow lower spending in marketing and fewer discounts to poach customers.

“We will monitor the evolution over the year to make, if needed, upside adjustments to the guidance,” he said on a conference call with analysts.

Spain’s largest telecom company also confirmed a dividend of 0.3 euros per share to be paid in two instalments in December 2022 and June 2023.

Excluding the effects of recent asset disposals, core earnings rose 2.1% on revenue up 3.2%, the company said.

Telefonica attributed the first quarter performance to its ability to adapt prices to inflation in most markets, favourable currency swings and the strength of its tech business, which provides cybersecurity, cloud, big data and internet-of-things services.

The currency changes boosted revenue by 242 million euros and the tech unit contributed 299 million, 81% more than a year earlier.