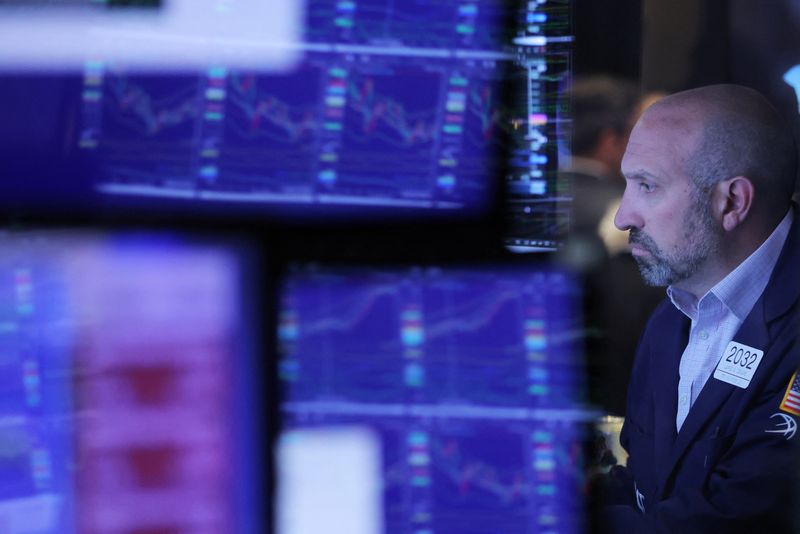 BOSTON (Reuters) – Investment firm Tiger Global, which has lost billions of dollars in this year’s technology stock meltdown, increased its stakes during the first quarter in several companies that have been especially hard hit by the selloff, a regulatory filing shows.

Tiger Global boosted its holding in consumer internet company Sea Limited by 18% to own 13.5 million shares on March 31, according to a filing made on Monday. Sea Limited’s stock price has tumbled nearly 69% since January.

The New York-based firm also upped its investment in cybersecurity technology company CrowdStrike Holdings (NASDAQ:) by 16% to own 8.8 million shares at the end of the first quarter. The stock price has fallen 27% since January.

Both CrowdStrike and Sea Limited are listed among Tiger Global’s top five holdings in its 13-F report which details what investment managers owned at the end of the last quarter.

While the information is dated, the quarterly filings are closely watched for possible investment trends. These particular filings may be analyzed for what happened at a number of large investment firms now nursing heavy losses in the wake of the tech rout. Stocks in general but technology names in particular have been hurt by news of more aggressive interest rate hikes designed to rein in surging inflation.

The is down nearly 16% year-to-date while the tech heavy has tumbled more than 25%.

Tiger Global also increased its investment in financial services company Block Inc which used to be Square Inc (NYSE:), by 97% during the first quarter. The stock price has tumbled 51% since January.

Tiger Global also liquidated its position in electric vehicle maker Rivian Automotive Inc, whose shares debuted in the public markets to great fanfare last year but have tumbled around 80% since their initial public offering.

Tiger Global told investors it lost 44% during the first four months of the year, according to an investor in the fund. The firm, which makes public and private investments and recently managed total assets of roughly $90 billion, made an estimated $25 billion in gains since its launch in 2001 and late last year, according to data from LCH, a fund of hedge funds run by the Edmond de Rothschild Group.

LCH estimates Tiger Global has lost $17 billion so far this year, making it one of the biggest-ever declines in the hedge fund industry.

The first-quarter filing shows that Tiger Global cut some investments in stocks that went on to tumble more.

The firm slashed its stake in Amazon.com Inc (NASDAQ:) by 58% in the first quarter before the stock tumbled 32% since April 1.

It also cut its stake in exercise equipment maker Peloton (NASDAQ:) by 88% to 1.2 million shares as the company changed chief executives and faces pressure from an activist investor to sell itself.

It reduced its stake in Uber Technologies (NYSE:) Inc by 93% to 1.2 million shares as the ride hail company’s stock price has tumbled 46% since January.