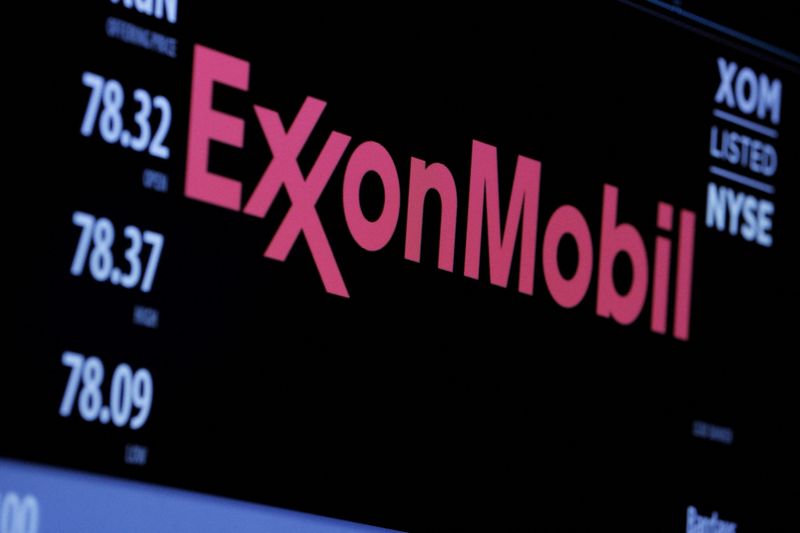 © Reuters. FILE PHOTO: The logo of Exxon Mobil Corporation is shown on a monitor above the floor of the New York Stock Exchange in New York, December 30, 2015. REUTERS/Lucas Jackson

(Reuters) -Exxon Mobil Corp on Thursday said it signed a deal to sell north Texas properties to BKV Corp for $750 million plus addition payments based on future gas prices.

Denver-based BKV Corp is majority owned by Thai energy firm Banpu PCL and among the largest natural gas producers now operating in the Barnett Shale, an area of north Texas where the first shale wells were successfully drilled.

Exxon, the top U.S. oil producer, is looking to sell assets in Asia, Africa and Europe as it as focuses on ventures in Guyana, offshore Brazil and the Permian Basin of West Texas and New Mexico.

“We are focused on delivering the most competitive returns to our shareholders by developing opportunities with the lowest cost of supply,” said Liam Mallon, president of Exxon Mobil (NYSE:) Upstream Company.

The transaction is expected to close in the second quarter. Exxon said it had removed the Barnett Shale gas assets operated by its subsidiaries XTO Energy Inc and Barnett Gathering LLC from its development plan in 2020.