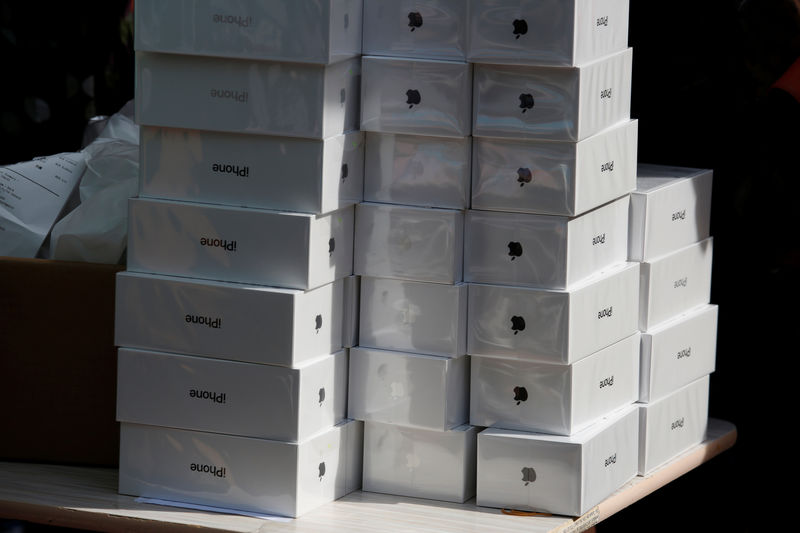 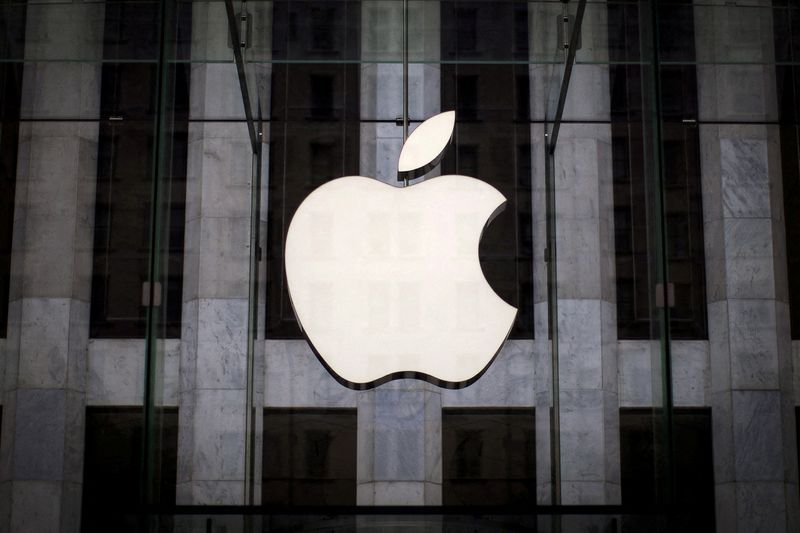 © Reuters. FILE PHOTO: An Apple logo hangs above the entrance to the Apple store on 5th Avenue in the Manhattan borough of New York City, July 21, 2015. REUTERS/Mike Segar/File Photo

(Reuters) – Apple Inc (NASDAQ:) has told some of its contract manufacturers that it wants to increase production outside China, the Wall Street Journal reported, citing people familiar with the matter.

India and Vietnam, which are already sites of Apple production, are among the countries short-listed by the company as alternatives, the report added.

The report said that Apple is citing China’s strict anti-Covid policy and other reasons for its decision.

Apple declined to comment to WSJ and couldn’t be immediately reached by Reuters on Saturday.