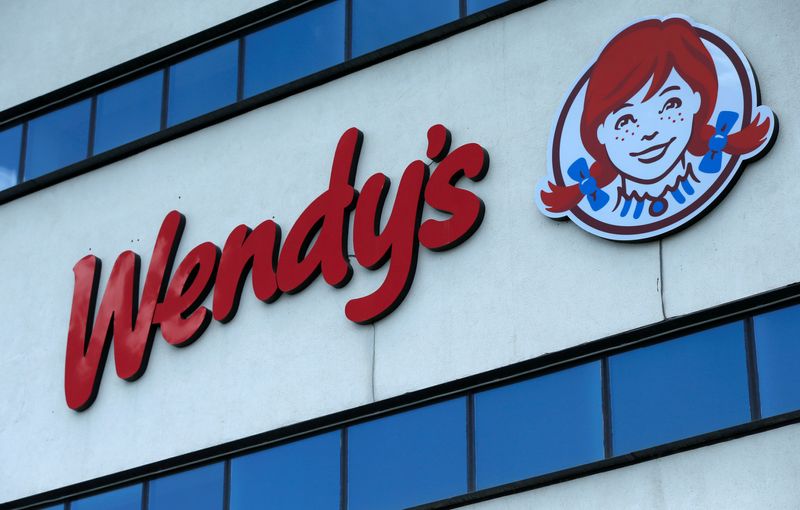 © Reuters. The logo of Wendy’s is on display in Tbilisi, Georgia, July 13, 2016. REUTERS/David Mdzinarishvili/Files

Wendy’s (NASDAQ:) shares rose about 14% in extended trading after Trian Fund Management, Peltz’ firm, said it will explore a transaction on its own or with others that could include an acquisition, business combination or other transaction.

Since January, Wendy’s share price has fallen 32% to close trading at $16.27 on Tuesday.

Wendy’s said in a statement its board “will carefully review any proposal submitted by Trian Partners” and that it is committed to acting in the best interest of the company and its shareholders.

Peltz currently chairs Wendy’s board, while May, also a founding partner of Trian, is non-executive vice chairman and Matthew Peltz, Nelson’s son and colleague at Trian, is a board member.

The company, currently valued at $3.6 billion, has had a long history with Peltz and Trian after the firm, one of the industry’s most respected activist investors, first invested in Wendy’s in 2005 and began pushing for changes in late 2008.

Triarc Companies, an affiliate of Trian and the parent company of Arby’s Restaurant Group, merged with Wendy’s in 2008. The merger lasted less than three years and Arby’s was sold to Roark Capital Group in 2011.

Trian has said that it helped push for an operational turnaround focused on improving and growing the Wendy’s brand.

On Tuesday Trian said it hired financial and legal advisors and told the board about its plans. A spokeswoman for the firm declined to comment beyond the filing.

The burger chain missed market expectations for quarterly results in May as fierce storms and freezing temperatures across the United States hit store traffic and cooled demand for its breakfast items.

Strategic and financial buyers have said they are seeing plenty of opportunities for tie ups at a time when the broad market is hovering near bear territory as fears of inflation and rising interest rates have beaten down many companies’ stocks.

Cryptoverse-Elon Musk frees the bird and the dog coin flies