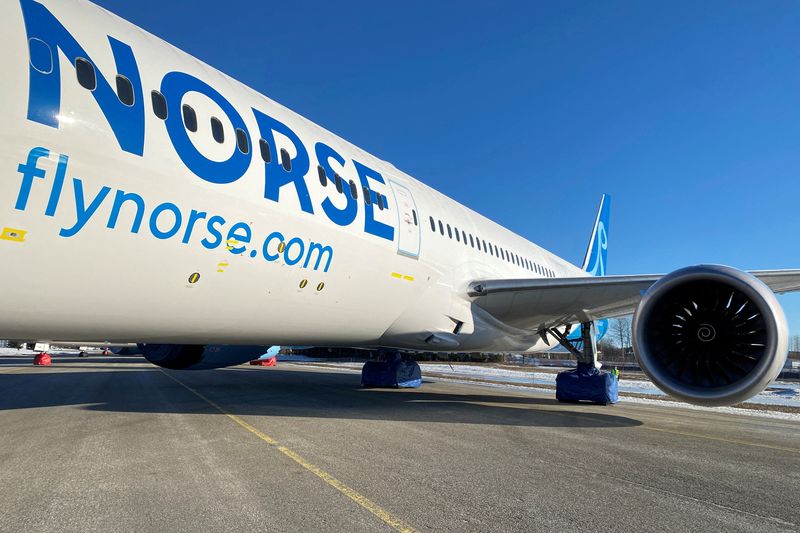 OSLO (Reuters) – Norse Atlantic Airways said on Friday it had begun ticket sales for flights between London and New York as the budget carrier seeks to take market share on one of the world’s busiest long-haul routes.

Round-trip fares for journeys between London’s Gatwick and the John F. Kennedy International Airport will start at 255 pounds ($322), including taxes, with the first flight scheduled for Aug. 12, the airline said.

Norse Atlantic will offer a daily service, with other U.S. destinations to be announced soon, it added.

The airline, which has its maiden flight scheduled for Oslo-New York on June 14, hopes to succeed where Norwegian Air failed, offering transatlantic flights at budget rates after securing cheap leases during the pandemic.

It operates a fleet of 15 Boeing (NYSE:) 787 Dreamliners, although with four of the aircraft currently on sub-lease to Spain’s Air Europa.

Wizz Air CFO Jourik Hooghe to step down By Reuters