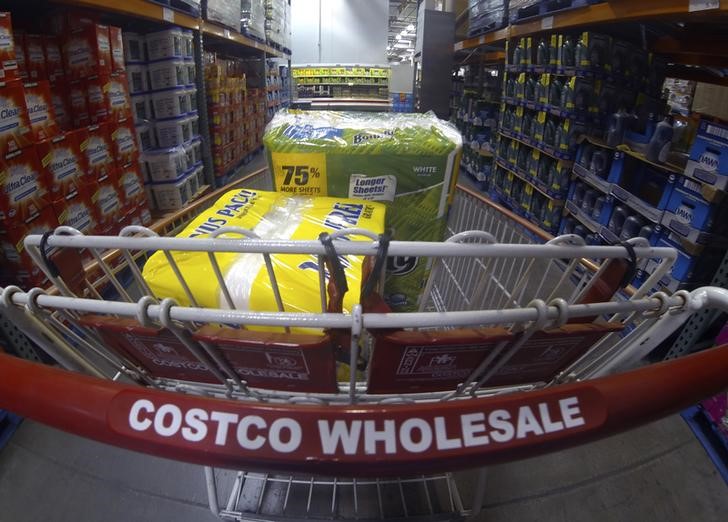 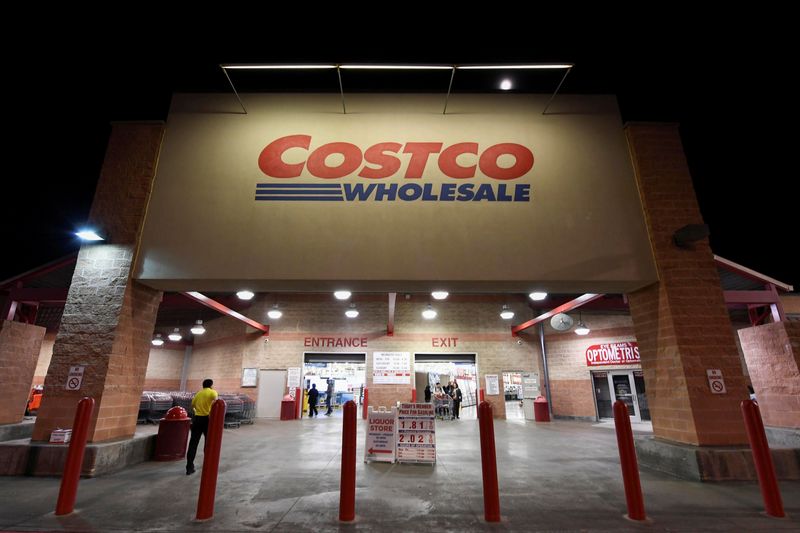 (Reuters) – Costco Wholesale Corp (NASDAQ:) reported a fall in gross margins on Thursday, hit by soaring freight and labor costs across the United States, sending shares of the membership-only retailer down 2% and overshadowing an otherwise upbeat quarterly report.

U.S. companies across the board have been struggling with higher costs due to supply chain disruptions, exacerbated by fresh COVID-19 lockdowns in China and the Russia-Ukraine war.

Costco said it was increasing prices in certain areas of food to combat inflation.

Retailers like Walmart (NYSE:) Inc and Target Corp (NYSE:) have warned of decades-high inflation hitting their profits, with customers refraining from buying non-essential and high-margin products.

Still, Costco managed to post quarterly profit and revenue that handily topped estimates as an average shopper at the warehouse club operator earns more than a typical Walmart and Target customer.

The company’s efforts to keep gas prices several cents below the national average have also driven memberships and sales.

In contrast to Walmart, Costco said there has not been much of a trade down or trade out from branded products to its private label product, Kirkland Signature.

“We’re not seeing trade down really. We’re seeing a little bit of shift in where people are spending their money.. this year, it’s more sales in tickets, restaurants, travel, tires and gas,” Robert Nelson, senior vice president of finance and investor relations, said in a post-earnings call.

Costco’s total revenue rose 16% to $52.60 billion in the quarter ended May 8, compared with estimates of $51.71 billion, according to Refinitiv IBES data.