C3 AI (NYSE:) stock is down over 19% in premarket trading Thursday after the company’s FY 2023 guidance missed analyst expectations.

Piper Sandler analyst Arvind Ramnani downgraded C3 AI from Overweight to Neutral with a price target of $15.00 (from $28.00).

JMP analyst Patrick Walravens cut the price target by over 50% after “mixed results and guidance.” However, the analyst remains positive on AI stock due to:

“1) C3 has built an effective, scalable enterprise AI solution that solves problems with large economic impact in a variety of industries; 2) the addressable market opportunity is massive, at an estimated $191B in 2021; 3) the company has a number of potential opportunities in early stages, including the partnership with Google and the federal government; 4) Mr. Siebel is an experienced technology executive and we expect him to eventually navigate C3 to a good outcome for investors, as was the case with Siebel Systems; and 5) the valuation is attractive at ~2.1x 2023E revenue, C3 has $992.2M in cash reserves on its balance sheet and the company narrowed its non-GAAP operating loss for FY23 to ($86.0M)-($76.0M) versus our prior estimate of ($108.0M),” the analyst wrote in a note. 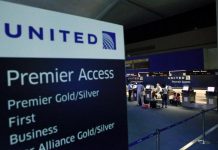 Some of United Airlines’ Boeing 777s get OK to fly after...