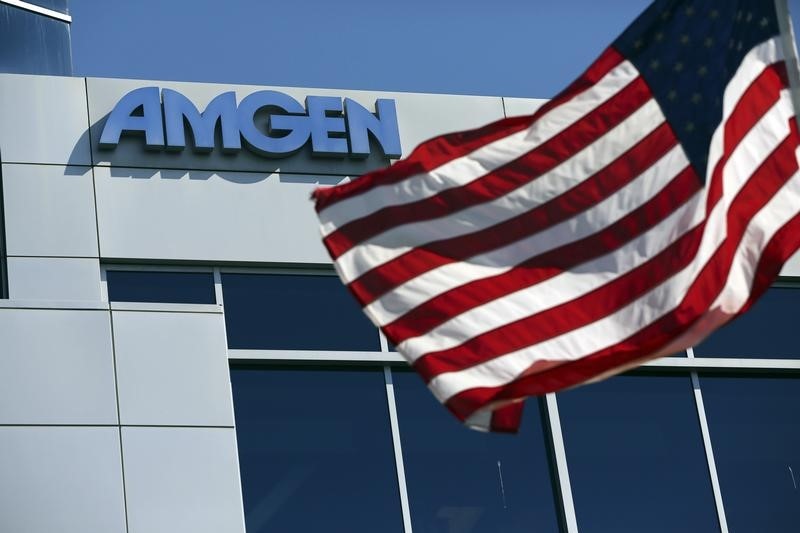 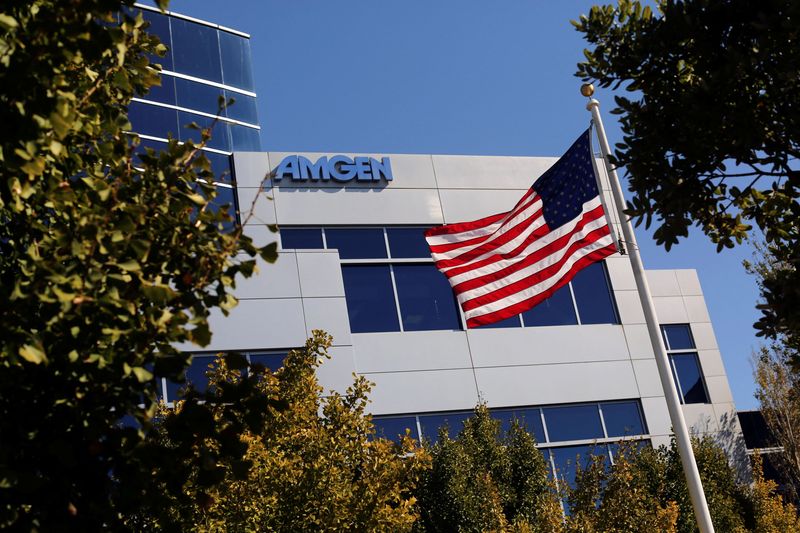 (Reuters) – The following are summaries of some of the cancer research advances being presented the annual meeting of the American Society of Clinical Oncology (ASCO) in Chicago.

Amgen Inc (NASDAQ:)’s drug Vectibix led to “the longest survival ever reported” in a major trial for patients with inoperable advanced cancer originating on the left side of the colon whose tumors did not have RAS gene mutations, researchers reported on Sunday at ASCO 2022 https://meetings.asco.org/2022-asco-annual-meeting/14416?presentation=208990#208990.

Amgen’s monoclonal antibody, known chemically as panitumumab, belongs to a class of drugs called EGFR inhibitors. The standard treatment in many countries, however, is an anti-VEGF antibody like Roche’s Avastin, which means many patients with inoperable metastatic cancer may not have been getting the most effective treatment.

In the trial of more than 800 patients with metastatic colon cancer and the “wild-type,” or natural non-mutated, RAS genes, participants received standard chemotherapy plus either Vectibix or Avastin. An average of five years later, patients with right-side tumors did not see a survival advantage for one drug over the other. But among the 604 patients with left-side tumors, the risk of death during the study was 18% lower for those who got Amgen’s drug, researchers said.

Patients treated with the anti-EGFR drug were more likely to see their tumors shrink enough to be eligible for potentially curable surgery, study leader Dr. Takayuki Yoshino of National Cancer Center Hospital East in Kashiwa, Japan, said in an interview, adding that this treatment “should be the new standard of care.”

Younger patients with newly diagnosed multiple myeloma who delay a stem cell transplant do not have shorter survival than those who undergo transplant promptly, and modern drug regimens may allow them to avoid the procedure entirely, according to research presented on Sunday https://meetings.asco.org/2022-asco-annual-meeting/14416?presentation=213607#213607.

On average, patients who had early transplants went more than 67 months without their disease worsening versus 46 months for those who delayed their transplants. But overall survival rates in both groups were the same, even though only 28% of patients in the delayed group eventually had a transplant. Others in that group were able to change treatments.

Participants in the 722-patient trial provided their own stem cells to be stored and reinfused during a transplant. Half then underwent transplantation before receiving multiple cycles of a three-drug protocol that included Bristol Myers (NYSE:) Squibb’s Revlimid – long the standard multiple myeloma treatment – followed by Revlimid maintenance therapy. The rest received the three-drug protocol followed by maintenance therapy until medications stopped working and transplant was the only option.

Stem cell transplants are grueling and can have serious side effects but remain the standard of care, study leader Dr. Paul Richardson of the Dana Farber Cancer Institute in Boston said in an interview. Doctors can now tell patients: “You’ve got choices. We can treat you with triple-drug therapy and see how you do, and you can keep transplant in reserve.”

In the first randomized trial comparing treatments for relapsed or treatment-resistant Ewing’s sarcoma, a rare and deadly childhood cancer, high-dose ifosfamide (IFOS) produced the best results, allowing patients to live about five months longer, according to data presented on Sunday at ASCO.

Ewing’s sarcoma occurs in only about 200 U.S. children a year. In roughly 30% to 40% of patients, it resists treatment or recurs. These patients have a five-year survival rate of just 15%. The nine-country study involved 451 patients. Initial participants were randomly assigned to receive one of four common chemotherapy regimens. The two least effective were dropped from the study and later patients received one of the remaining two – IFOS or topotecan and cyclophosphamide (TC).

Median event-free survival – the average time patients went before disease worsening, emergence of a second cancer or death – was 5.7 months for IFOS versus 3.5 months with TC. Overall survival was 15.4 months with IFOS vs 10.5 months with TC, while one-year survival rates were 55% vs 45%, respectively.

Study leader Dr. Martin McCabe of the UK’s University of Manchester called the results “relatively strong data,” but noted that IFOS is toxic. “And all of these patients still die. We need better medicines.”