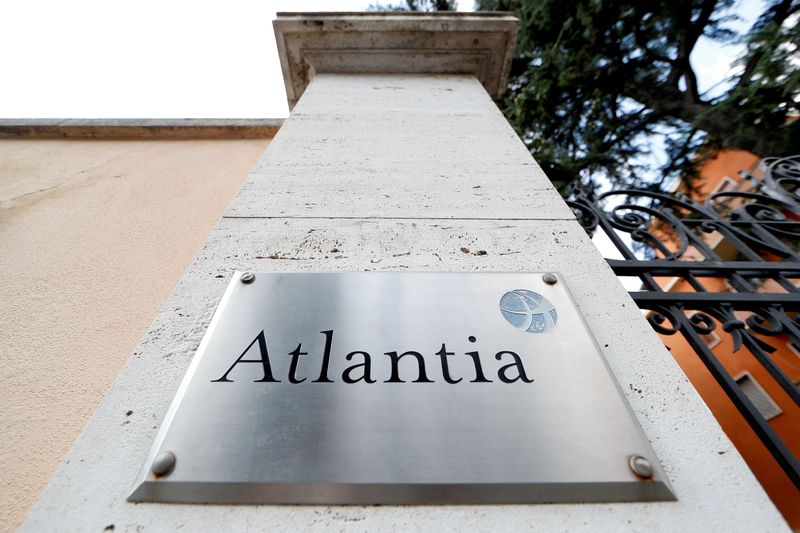 © Reuters. FILE PHOTO: A logo of the Atlantia Group is seen outside its headquarters in Rome, Italy August 31, 2018. REUTERS/Alessandro Bianchi/File Photo

TRENTO, Italy (Reuters) – Alliances and partnerships remain important for the development of companies controlled by the Benettons, the chairman of the family’s holding company Edizione said on Sunday, answering a question about the relationship with Spanish tycoon Florentino Perez.

“We have to continue this vocation we have always had of respecting local partners with specific skills in the business, this will never change,” Alessandro Benetton told Reuters on the sidelines of a business conference.

Alessandro, son of Benetton Group founder Luciano, had been asked by Reuters if Perez would remain a partner, despite his role in an attempt by funds Brookfield and GIP to take over infrastructure group Atlantia, in which Edizione holds a controlling stake.

He declined comment specifically on Perez but said the growth strategy for companies controlled by Edizione would be based on internationalisation, alliances, and attention to sustainability.

“We have to go back to the values of the founders,” he said, referring to his father and his three siblings who created the family’s economic empire in the 1960s.

Edizione is now working with U.S. investment fund Blackstone (NYSE:) to prepare a bid to take Atlantia private after rebuffing the unsolicited approach by Brookfield, GIP and Perez, who aimed at breaking up the airport and motorway operator.

Perez, founder of Spanish group ACS, had entered a partnership with the Benettons in 2018 and helped Atlantia to buy Spanish motorway company Abertis.

Yet the joint management of Abertis has not been easy for the two partners, feeding speculation they could split.