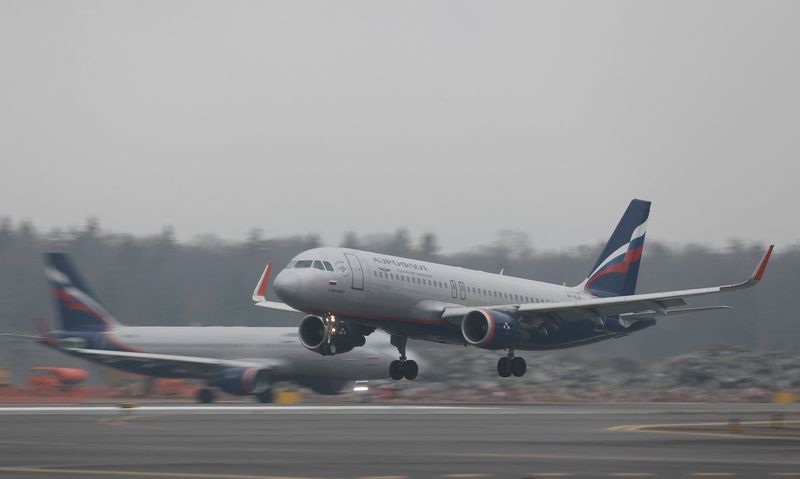 (Reuters) – Russian state flagship Aeroflot airline, struggling from western sanctions which blocked it from most of the flights abroad, plans to raise up to 185.2 billion roubles ($3 billion) from new share issue, it said on Tuesday.

Aeroflot, controlled by the Russian state which promised to inject capital to cope with the sanctions, said that its annual shareholders meeting approved issuance of 5.42 billion of new shares which could be bought at a price of 34.29 roubles each under an open subscription.

For Aeroflot, which only started to recover from the two-year-long coronavirus pandemic, sanctions also meant inability to receive airplane parts and conduct maintenance, with the government promising to inject 107 billion roubles ($1.83 billion) in support.

The injection was to come from the National Wealth Fund (NWF), Russia’s rainy-day fund initially tasked with supporting large-scale infrastructure projects on a refundable basis and to cover for the budget deficit.

In its statement on Tuesday, Aeroflot did not provide details how much of the new share issue the state may buy. Neither Aeroflot, nor the finance ministry replied to a Reuters request for a comment.

During the pandemic, the government bought Aeroflot shares worth 80 billion roubles using the NWF.