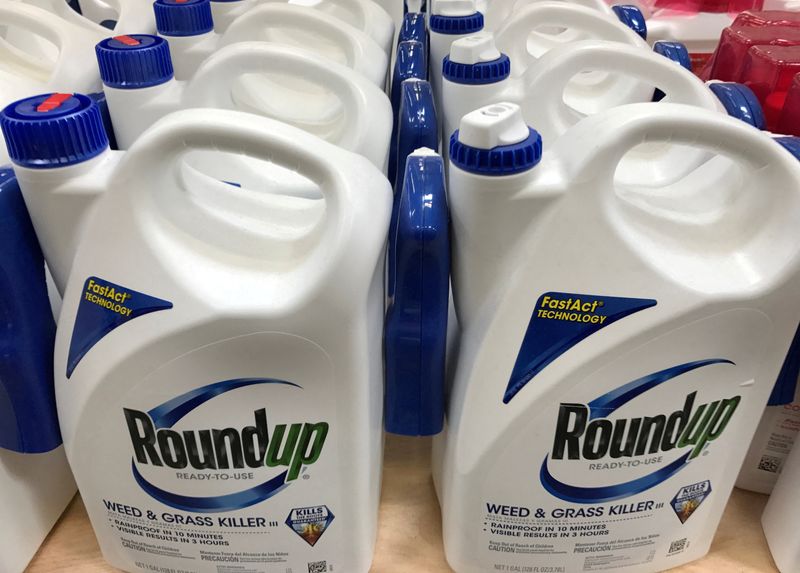 By Lawrence Hurley and Ludwig Burger

WASHINGTON/FRANKFURT (Reuters) – The U.S. Supreme Court could announce as soon as Monday whether it will hear Bayer (OTC:)’s bid to dismiss claims its Roundup weedkiller causes cancer as the company seeks to avoid potentially billions of dollars more in damages and payouts.

Bayer is seeking review of an appeals court decision that upheld $25 million in damages awarded to California resident Edwin Hardeman, a user of glyphosate-based weedkiller Roundup, who blamed his cancer on the product.

How the court acts will help determine whether thousands of similar cases go forward.

The nine justices at their private conference on Thursday were scheduled to discuss whether to hear the case, according to the court docket. The court is due to announce action on pending appeals on Monday morning, although sometimes a case is held over for various reasons, including if the justices are inclined to hear it.

Bayer has asked the Supreme Court to find that federal approval of Roundup’s product label by the Environmental Protection Agency meant that the suit could not be brought forward under California’s state law.

The company’s shares dropped more than 6% that day but have since recovered even as Bayer braces for up to $4.5 billion in additional litigation costs from the other claims if snubbed by the court.

It set money aside accordingly last year having already paid out a big portion of the $11.6 billion previously allocated for settlements and litigation over the matter.

The Supreme Court does not have to follow the U.S. administration’s advice but usually does, with the federal government’s top Supreme Court lawyer, the solicitor general, dubbed the “tenth justice” for that reason.

Credit Suisse analysts said on Thursday they see a low probability of the case being heard, noting, along with the Biden administration’s stance, that the highest U.S. court accepts less than 1% of petitioned cases.

Bayer has lost three trials, awarding Roundup users tens of millions of dollars each, but has also won two. It said earlier this year it had resolved 107,000 cases out of about 138,000 overall.

Bayer, which also makes aspirin, Yasmin birth-control pills and the stroke prevention drug Xarelto, has argued that the cancer claims go against sound science and repeated product clearance from regulators in the United States and elsewhere across the globe.

It has said it should not be penalised for marketing a product on which the U.S. environmental regulator would not allow a cancer warning to be printed.

Roundup-related lawsuits have dogged Bayer since it acquired the brand as part of its $63 billion purchase of agricultural seeds and pesticides maker Monsanto (NYSE:) in 2018.

Bayer struck a settlement deal in principle with plaintiffs in June 2020 but failed to win court approval for a separate agreement on how to handle future cases.

The company has said it is preparing “to move on, put the uncertainty behind us”, even if ignored by the Supreme Court, taking steps to contain the risk of further litigation.

It plans to offer cancer patients who in future consider suing Bayer participation in a programme that would make payments to claimants that meet certain criteria and who waive plaintiff attorney representation, drawing on the money it has set aside.

To head off further claims, Bayer plans to replace glyphosate in weedkillers for non-professional gardeners in the United States with other active ingredients.

Another Bayer case is pending with the highest U.S. court after the company in March asked it to overturn a California state appeals court decision last year that upheld an $86 million verdict that found Bayer responsible for a couple’s cancer.

In this case, Bayer also raises a new legal question on the punitive damages, which it argues are excessive and not justified because it acted in accordance with federal regulation.

Is population growth cause for hope or concern?

Twitter to change Blue pricing after Apple spat- The Information