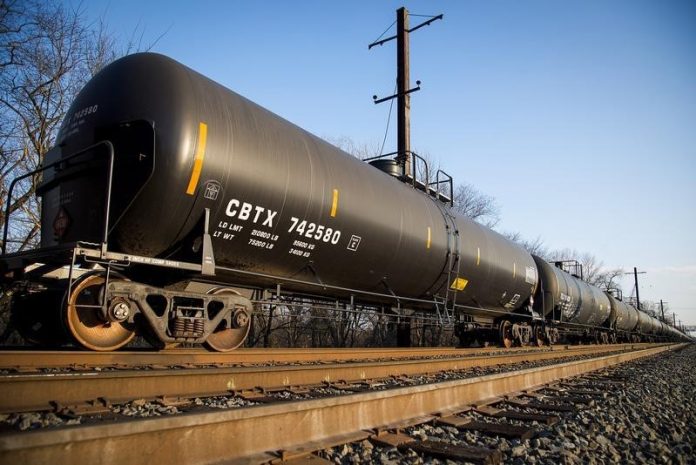 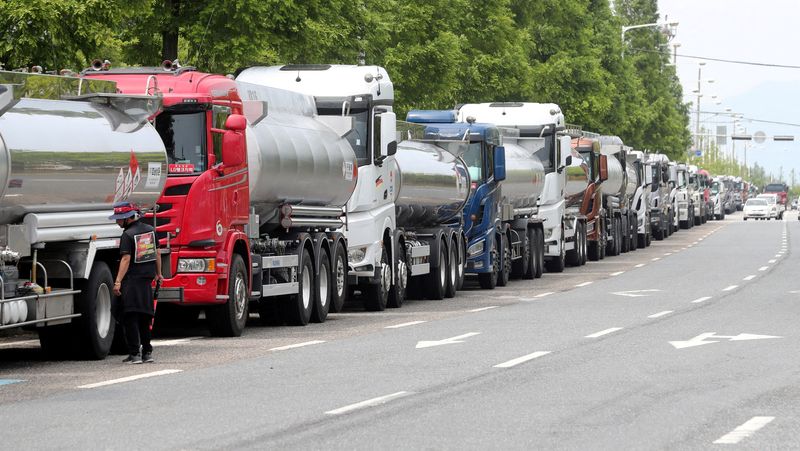 © Reuters. FILE PHOTO: A member of the Cargo Truckers Solidarity union stands next to a truck during a strike in Yeosu, South Korea, June 9, 2022. Yonhap via REUTERS/File Photo

Following are details of the disruption, lost production and reactions from union officials and businesses.

Production at Hyundai Motor Co’s biggest factory complex, in Ulsan, fell to about 60% on Friday because of component shortages caused by the strike, a union official at the automaker said.

The plants operated for extra runs over the weekend to clear backorders. Hyundai said there was disruption but declined to provide details and expressed hope of returning to normal as soon as possible.

Several hundred truckers staged a weekend sit-in outside Hyundai’s Ulsan complex but did not block vehicles from going in or out, a Reuters witness said.

One of the three made shipments before the strike as a precaution, a company official said. The firm did not experience disruptions last week but will reassess its handling of shipments if the strike continues, the official said.

A major tech manufacturer does not expect near-term disruptions given its inventories of raw materials, an official said.

Steelmaker POSCO (NYSE:) said the strike had halted shipments from two plants by about one-third, or 35,000 tonnes a day.

A major cement maker had stopped shipping for four days as of Friday with truckers outside the gate, raw materials were running out and storage was about to hit capacity, an executive said.

Truckers blocked the entry to the work sites of Hanil Cement Co and Sungshin Cement Co in Chungcheong province, Newsis reported. The companies plan to boost shipping by train to minimise the impact, it said.

The number of vehicles entering an Ulsan petrochemical complex has fallen some 90% from normal levels and truckers would be telling non-union drivers not to enter the complex, said Park from the truckers union.

A major refiner had not seen much impact on shipments and deliveries as of Thursday, and petrol stations usually had inventories to cover two weeks, but the situation would worsen if the strike were prolonged, a company official said.

Police have made more than two dozen arrests including members of the truckers union for blocking the Hite Jinro brewery in Icheon southeast of Seoul, Yonhap news reported.

Busan Port, the world’s seventh-biggest container port, said the strike had cut its container traffic by two-thirds from normal levels.

Container storage sites are filling up and authorities are discussing measures to secure more, a government official said.

The movement of containers at Ulsan port, which accounts for about 10% of South Korea’s port traffic, has been suspended since Tuesday, a government official said.

Few Credit Suisse clients have closed accounts – CEO of the...

From Zoom To Bust | Investing.com