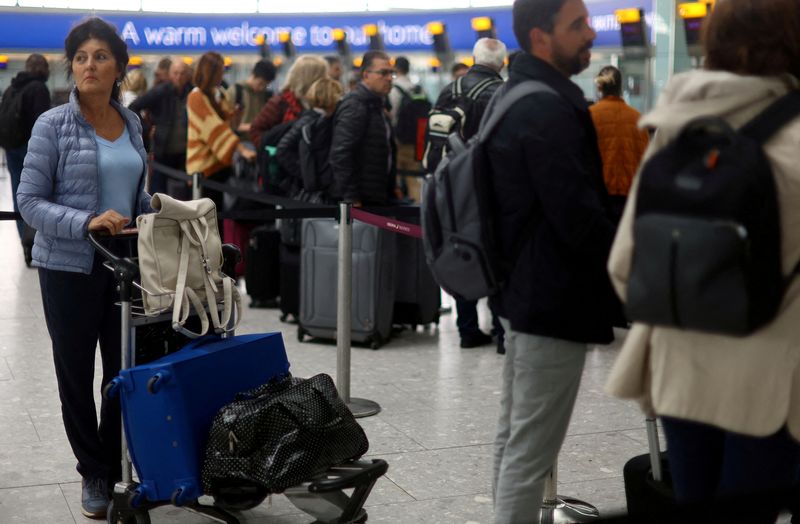 LONDON (Reuters) – London’s Heathrow Airport said on Monday that May was its busiest month since March 2020 as it dealt with 5.3 million passengers, 79% of 2019 levels.

However, Heathrow said its check-in generally worked well in May, with more passengers checking-in online, while 90% of passengers went through security in less than ten minutes.

It said no more flights were cancelled at short notice than on any normal day and Border Force performed well.

Heathrow did caution that while it rebuilds capacity from the pandemic, resources remains tight, in line with other airports in the UK and Europe.

“We are working closely with airlines and handlers to match supply and demand,” it said.

“This has made the difference at Heathrow in being able to get passengers away over Easter and the Jubilee half term and is now being adopted by other major hubs in Europe.”

Heathrow is reopening Terminal 4 on Tuesday and 30 airlines will move in ahead of the summer peak.

Analysis-Tesla could face its toughest challenge yet as economy cools By...