© Reuters. What Strategists Are Saying About Equities After CPI and Ahead of FOMC

The drop in futures comes after key market indices saw sharp losses last week, with The Dow and declining 4.6% and 5.1%, respectively, while the fell 5.6%.

The losses were exacerbated on Friday after the new inflation data raised concerns among investors, pushing down the Dow, S&P 500, and Nasdaq by 2.7%, 2.9%, and 3.5%, respectively.

On Friday, the Bureau of Labor Statistics reported that the consumer price index (CPI), known as the inflation gauge, rose by 8.6% in May year-over-year, its fastest surge in over 40 years. Core CPI, which does not account for volatile food and energy prices, surged by 6%.

Furthermore, the University of Michigan’s consumer sentiment index plunged to a new low of 50.2.

Here is what the top strategists at Wall Street have to say about the outlook for U.S. equities.

Raymond James’ Tavis McCourt: “The equity move [lower] was not surprising to us given the ugly inflation print, but the yield curve move was concerning… We would argue global central bank reaction to inflation is all but guaranteeing a major slowdown in nominal growth in 2023 that was likely to occur even without rates moving beyond neutral, just simply the result of savings rates returning to normal.”

Morgan Stanley (NYSE:) strategist Michael Wilson: “Equity valuations have corrected a lot this year but this is all due to higher inflation and a more hawkish Fed. Conversely, the Equity Risk Premium does not reflect the risks to growth which are increasing due to margin pressure and weaker demand as the consumer decides to hunker down.”

Goldman Sachs’ Jan Hatzius: “The FOMC is likely to respond to the firmer inflation print and the rise in long-term inflation expectations with a resolutely hawkish message at the June meeting, in addition to the 50bp rate hike it is set to deliver. This should come across clearly in the statement, the economic projections, and the dots… While a future 75bp hike is possible, the FOMC appears to prefer to tighten more aggressively by adding more 50bp hikes instead. This strategy has successfully tightened financial conditions quickly and forcefully so far, so we expect the Committee to stick with it for now.” 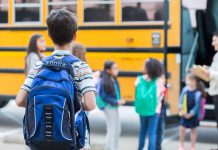